PEP Guardiola says Manchester City are not ready to challenge for the Champions League after their performance against Schalke.

City gifted Schalke a 2-1 lead in Gelsenkirchen courtesy of two penalties, the first a handball against Nicolas Otamendi and the second for a Fernandinho push on Salif Sane from a free-kick, before the Argentine defender was also later dismissed for a second yellow card.

The Premier League champions would go on to wrap up a sensational last-minute comeback win through Raheem Sterling, but while Guardiola was pleased with the result, the performance left him worried about their hopes should they progress to the latter stages.

He said: “The result is incredible, three goals away, but we gave away the goals and the red card.

“In this level, we don’t have a chance. Still we are not ready to fight for the Champions League. After the red card maybe if they’d pushed more and scored a third or fourth then maybe we’re out.

“It is not over. Hopefully our fans can help us in the second leg and hopefully we can improve for the future.

“We played good, but we lost some easy balls that we’re not allowed to do in the competition.”

Schalke’s first penalty was awarded after a lengthy and farcical VAR delay.

The video official spent more than three minutes analysing whether Otamendi had handled a long-range shot from Daniel Caligiuri after a corner had initially been given.

Replays as to whether handling was intentional seemed inconclusive and the referee was unable to review himself because the pitchside monitor was broken, but a spot-kick was still given and Otamendi booked.

“I’m a big fan of VAR,” said Guardiola. “The second one is a penalty too. It was offside too – so, if we complain about VAR maybe it was offside, but it was a penalty and the red card can be a red card.

“VAR needs time. Next time it will be better.”

City will take three away goals back to the Etihad meaning Schalke will have to win by two clear goals, barring a 4-3 victory, to progress.

But Guardiola added: “It’s not over. We gave too much to the opponent to be in the game. The game was good, the second half we played with incredible personality. Like at Anfield when we lost 3-0.

“The game was played good, in the end the quality was from Leroy (Sane) – the big players have the quality. The action from Raheem delivered too.” 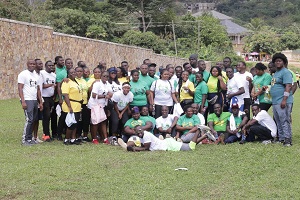 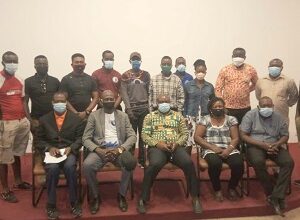 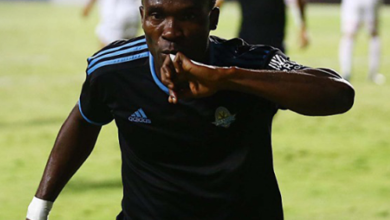