Renard, who managed the Crystal Palace striker at French club Sochaux in 2014 as a 22 year-old, hailed the player’s progress and described him as the future of the Black Stars.

“He is improving because it is not easy to play in the Premier League. He is working very hard. He is clever, doesn’t talk too much. Jordan is in my heart and I like his spirit. I am very sure from now till the end of his career; he will do a lot of great things.

He added that it was his wish to see Jordan and his senior brother Andre Ayew, win the AFCON before ending their careers because they deserved it.

Quizzed about taking charge of the Black Stars in the future, Renard who had a stint with the Stars as one of the assistants to Claude Le Roy in 2008 did not rule out that possibility.

“Coming to coach Ghana will be a fantastic challenge but no one knows tomorrow. Ghana was on top but now a little bit down. The potential, however, is still the same. One day it will be your management and government that have to decide if we want to bring this man”, stated the Frenchman.

Speaking to the local media, the former Black Stars trainer, Herve Renard, also welcomed a return to a coaching role on the continent, suggesting that he would relish an opportunity to coach in Africa again.

Renard, who won the 2012 and 2015 African Cup of Nations with Zambia and Cote d’Ivoire respectively, vacated his post in charge of Morocco’s Atlas Lions

after a disappointing round of 16 exit to Benin at the 2019 AFCON.

But Renard who is now in charge of Saudi Arabia, welcomed another stint on the continent to which he has a longstanding attachment.

“I have a new challenge with Saudi Arabia and that is my focus. But of course I will come back to Africa one day to win something with a country, one that hasn’t won the AFCON for a very long time.

Sharing the formula for his AFCON success, Renard attributed his feat in African football to hard work and luck.

“I was a bit lucky but I also worked hard. It’s strange to have won the AFCON with two completely different teams.

“Luck plays a part in football but you have to provoke the luck. You build the luck. You have to build everything in football. If you don’t have good discipline, a good squad, a good bench, you can’t achieve that. For a tournament like the AFCON, it can be won from the bench because as a coach you sometimes have to understand things that players don’t. 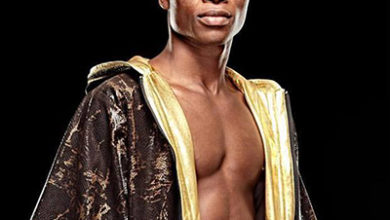