Asante Kotoko has congratulated goalkeeper Felix Annan for his selection into Ghana’s final 23-man squad for the 2019 Africa Cup of Nations and consoled Abdul Fatawu Safiu who was dropped.

Annan was a sure bet to make it to the tournament in Egypt after being named as one of three goalkeepers in the provisional squad.

But his club mate Safiu could not make the final cut for this month showpiece which starts on June 21, 2019.

A statement on Kotoko’s Twitter account read: “CONGRATULATIONS to @van_felix12 for making the Black Stars final AFCON 2019 squad and also to @fatawusafui for making the initial provisional list. The #AKSC family is proud of you both.”

Ghana begins their campaign against Benin on June 24, 2019 in Group F before engaging Guinea Bissau and Cameroon.

Meanwhile, Asante Kotoko has arrived in Mampong for their training camp ahead of the semi final clash against Hearts of Oak in the GFA Special Competition.

The Porcupine Warriors, after rescinding the decision to pull out of the tournament, are leaving no stone unturned as they face their arch rivals on Sunday.

Kotoko will spend the rest of the week in Mampong before travelling down to Accra for the mouthwatering fixture on Sunday.

The winner of the clash goes through to the final with the ultimate champion representing Ghana in the CAF Champions league next season.

The make-shift competition has not only provided massive skills and thrills but has also come with some controversy, with this particular fixture nearly cancelled.

Kotoko are also through to the semifinals of the Tier II competition after beating Berekum Chelsea last weekend.

Meanwhile, Coach C.K Akonnor will be boosted by the return of key player Abdul Fatawu Safiu, who was dropped from the final squad for AFCON 2019.

﻿Do protests in Hong Kong ever work?

Contractors threaten to lock up 766 public schools ...if govt fails to pay them 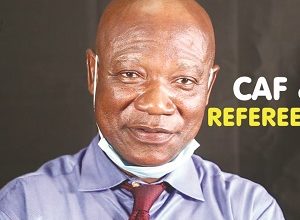