Officials of the Volta Regional branch of the National Democratic Congress (NDC) will soon sign a performance contract with its presidential candidate, John Mahama.

Parliamentary candidates will also sign a performance contract with constituency executives and other stakeholders before next year’s presidential and parliamentary elections.

The performance contract is expected to commit candidates and party executives to work effectively and efficiently to garner more votes for the party in the upcoming polls in 2020 and also set achievable targets for the political actors.

James Gunu, the Regional Secretary of the NDC, disclosed that the performance contract would be developed out of the party’s 2020 electioneering campaign manifesto which would emanate from the people and will be constituency and regional based.

“The performance contract will give added meaning and participatory ownership to the 2020 party manifesto to avoid voter apathy in the Volta region tagged as the ‘World Bank’ of the NDC in 2016 leading to the defeat of then-president John Mahama.

“The party has vowed to right its wrongs to recapture power in the elections in 2020, signing a performance contract will also kill voter apathy and cure the perception that the region is taken for granted after every election.

“It will have a monitoring and evaluation mechanism and reviewed annually to ensure that the party remains focused on its enviable development agenda for the region,” Mr Gunu assured. –myjoyonline.com

﻿Soldier, cop, another grabbed for robbery 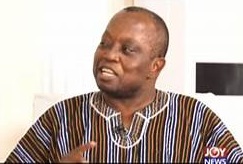 Auditor-General: We’re custodians of accountability but weakened by political interference 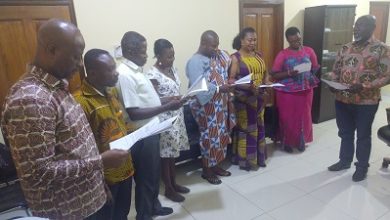 NDC 2020 campaign will be based on Mahama’s traits, sincerity – Sammy Gyamfi