The United Progressive Party (UPP) has called for a digitised approach to monitor the flow of traffic in the country to reduce indiscipline on roads.

The scientific approach, when incorporated, according to the party, would among others protect lives and properties as the country positions itself to improve upon the quality of life of the citizenry.

The Chairperson of UPP, Kenneth Asamoah, who made the recommendation in an interview with the Ghanaian Times yesterday, indicated that it was necessary to implement measures that would mitigate risk of casualties and wastage of lives in the country.

He bemoaned the high rate of accidents on the roads, saying, “Many of the accidents are preventable, it is long overdue for the country to have a database system to reduce road carnage, the problem is not only about bad roads but also about the high level of indiscipline and lack of respect for the laws of the nation.

“If measures are put in place to punish road traffic offenders by slapping them with huge fines, accident rates will reduce and amounts accrued from accumulation of fines can be used to promote economic development.

“The UPP, when voted into power will prioritise welfare of the citizenry, ensure centralised database system for all drivers where information including insurance, vehicle number, and monitoring devices will be installed.

“This will make it easy to track persons who flout traffic regulations and also serve as deterrent to others and we assure the citizenry when voted into power, the party will in the first six months create 12,000 jobs for drivers assigned to emergency stations created at vantage points of major roads across the country to respond to distress calls manned by experienced and competent people including firefighters, police and health practitioners

“Also 1,000 firefighting trucks, 1000 ambulances, four helicopters and 1000 tow trucks will be readily available at all times to tackle emergencies, provisions for all these and more because tax payers should not be taken for granted,and must feel the positive impact of  monies paid as tax.

“Fighting indiscipline on our roads cannot be successful without laying down strict rules and regulations for vehicle insurers to follow since some of such institutions are fraudulent, do not pay compensation to clients at the right time, ensure insurance companies do not neglect clients involved in accidents.” 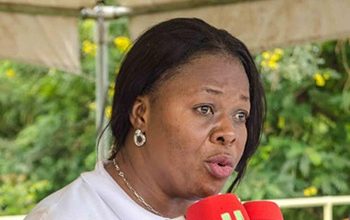