The Technical Advisor at the Ministry of Local Government and Rural Development (MLGRD), Dr Eric Oduro Osae, has called on Ghanaians to show keen interest in the upcoming referendum on December 17, and ensure it is successful.

According to him, the outcome of the referendum would mark a turning point in the country’s decentralisation processes; as a result, it was important that all Ghanaians took exceptional interest in the processes to bring out the best for the country.

“It is important that as Ghanaians, we get involved in the processes from the beginning to the end and also ensure that whatever the outcome will be, will be the one that satisfies our development aspirations,” he emphasised.

Dr Osae made the call at a three-day training workshop for journalists on the constitutional, regulatory and political processes of the December 17, referendum and district assembly elections held here at the weekend.

It was under the theme: “Enhanced Media-CSO partnership for inclusive local governance”, and was attended by selected journalists from across the country.

Dr Osae said even though the referendum was not to elect our Metropolitan, Municipal and District Chief Executives (MMDCEs), its outcome would impact it, stressing that “It is important for everyone to know that the referendum is to amend Article 55(3) of the constitution to allow political parties to officially sponsor candidates to participate in our local level elections or not.”

He explained that a vote for “Yes” or “No” would not necessarily stall the process of electing MMDCEs; however, it would influence the consequential amendments that would be undertaken after the referendum.

Dr Osae said the election of MMDCs required amendment of Article 243 (1) which was a non-entrenched provision and required two-thirds majority to amend, adding that “In this direction, the Executive, led by President has done its bit by submitting the bill to parliament.”

He said Ghanaians must follow with keen interest what would happen in parliament going forward since the desire to either elect MMDCEs or not would be determined by the 275 members of parliament.

“We must show interest in what will take place in parliament in connection with the bill of amendment. The President has fulfilled his side of the bargain and what is left now is for our elected members of parliament to ensure that they pass the bill into law, and we will have the right to elect our MMDCES,” he said.

He said a failure to secure the two-thirds majority in parliament would imply that Ghanaians had rejected the proposition to elect their own MMDCES and this was so because, the Members of Parliament (MP) had our mandate as our representatives.

Dr Osae said “Yes” vote during the referendum would complete the democratisation processes of the country, stressing that “the nonparticipation of political parties in the local level election is a misnomer, since in other jurisdictions, from the executive to the local unit are all elected on party political lines.”

On his part the President of the GJA, Mr Roland Affail Monney called on journalists to help address some of the misconceptions and misinformation in the public.

He said it was important that the whole exercise went well since it was an opportunity we may never get again in the foreseeable future. 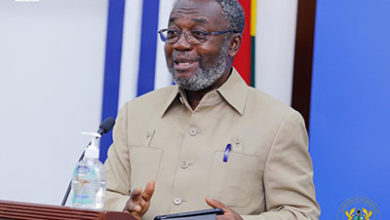 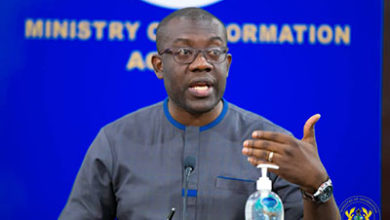 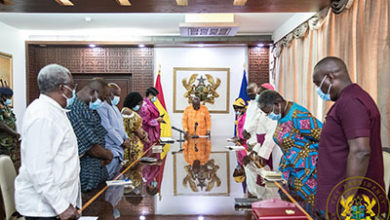 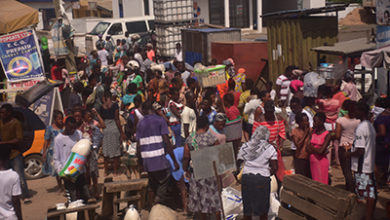 Mad rush for foodstuff, other essentials ahead of lockdown