The Minority Chief Whip, Alhaji Mubarak Muntaka, has alleged that the President, has “monumentally failed” to honour his promise of providing every constituency one million dollars per year as promised during his campaign towards the 2016 general election.

According to him, “despite getting  the  most   resources  as a  government, the  New Patriotic Party (NPP) government  has very little to show  for its  promise of one million dollars  a year, per constituency.”

Speaking at the maiden edition of the National Democratic Congress’ (NDC) weekly press briefing on Monday in Accra, Alhaji Muntaka said three and half years into President Nana Akufo-Addo’s administration, had only a few toilet facilities, warehouses, markets mechanised water systems, ambulances and sub-standard dugouts to show in 81 out of 275 constituencies

“It is instructive to note that per the one million dollars every year per constituency promise of President Akufo-Addo, each constituency should have received a total of US$3 million, which leads to a total of US$825 million by now excluding that of the year 2020, or benefitted from development projects equivalent to that amount by now.

“The  amount spent  so far  represents  9.8 per cent of the total of US$825 million that was supposed to have been released  in lieu of  the promise to  give  every constituency  one million dollars  every year.

“While pointing out that the amount spent so far includes the expenditure on 200 sub-standard dugouts in the northern parts of the country, the project costs have not only been inflated but also Members of Parliament have been sidelined in the choice and execution of development projects in their respective constituencies and the disbursement of funds for same,” Alhaji Muntaka bemoaned.

Contributing, the Minority Spokesperson on Finance and Ranking Member on the Finance Committee of Parliament, Cassiel Ato Forson, appealed to the Auditor General in addition to the audit of public accounts carry out in the public interest such special audits or reviews as he considers necessary and shall submit reports of the review or audit undertaken by it to parliament.

He explained that when done it would boost public confidence in the administration and encourage more individuals and corporate organisations to support and assist the collective fight against the coronavirus pandemic. 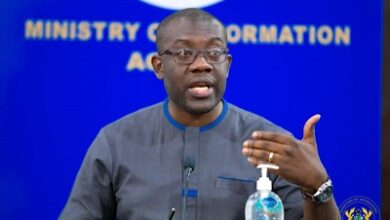