The Member of Parliament (MP) for Bolgatanga Central Constituency, Isaac Adongo has described as a complete waste of taxpayers’ money by the government to construct dams under its ‘One-Village One-Dam’ flagship policy.


According to him, the government is exposing residents of communities hosting the dams to risks while citing similar incidents of deaths in the newly constructed dams in Bongo also in the Upper East Region.

Following the death of three children aged 9, 10 and 11 who were identified as Ayinsone Ayine, Dominic Akurugo and Raphael Aduko respectively, Mr Adongo paid a visit to the dam site in Soe, a suburb of Bolgatanga and sympathised with the bereaved families at the weekend.

It was reported the children had gone to the dam site to swim, but got drowned with eyewitnesses suggesting the children were four but one survived.


Mr Adongo who stressed that the tragic incident was not only limited to Soe-Tinadoni alone, mentioned similar tragic incidents had occurred in some of the One-Village One-Dam’ project sites in the region.

He cited the case of Bongo where a similar incident occurred resulting in the deaths of two children and charged the government to ensure that it awarded such contracts to qualified contractors who had technical know-how and capacity to embark on the projects.

Describing the entire project as a waste of public funds, Mr. Adongo lamented that “the dam which is not even complete is already washed away, imagine if there is a major downpour and there are farms and people are working, can you imagine if the dams break their banks, what will happen to the people, yet we have not had any serious rain, we have just two downpours and the dam has collapsed which is complete waste of public funds.”

Mr Adongo, who donated a total of GH¢3,000.00 later visited the dam site  with his working team and described the collapsed dam project as poor execution by the contractor and underscored the need for the government to ensure health and danger signs placed in the beneficiary communities to prevent such occurrences. 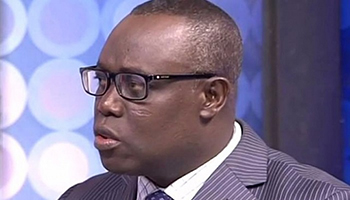 Religious leaders asked not to stampede Pres into reopening churches 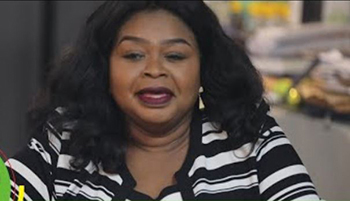 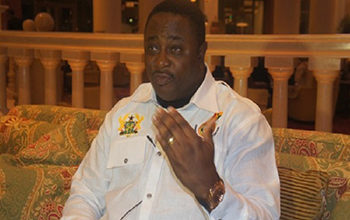