By definition, the term Pan Africanism in the context of literature refers to the projection of the African cultural ideal by African writers in their works of poetry, drama and fiction (prose).

This model or pattern of writing up to the present time has its past stalwarts and chief exponents in the persons of such writers like Leopold Senghor, former Prime Minister of Senegal, OsmaneSembene etc.

It is a fact that African culture is comparatively young, and still in the developmental process and yet to compare favourably with that of Euro-American literature.

By simple definition,literature is a cultural manifestation. And culture in essence is not stagnant but dynamic and for this reason, culture goes through evolution, development and refinement to suit the changing of times.

The African culture had been going through these three stages since the dawn of colonialism on the African continent by Europeans in the 19th century.

The early African writers such as Leopold Senghor, OsmaneSembeneetc created the works of literature to project the indigenous African culture distinctly from that of Europe as a result of the contact between Europeans and Africans during that period of time of European influence.

During this period of time of colonialization, there was a sort of acculturation which placed indigenous African culture in danger of pollution from that of Europe.

To this end, the early African writers made efforts in their writings to protect and maintain the indigenous African culture; however, this was not effective and significant as expected.

A critical analysis and evaluation of the works of Leopold Senghor and his contemporaries shows that these early African writers work did not completely insolate and project the indigenous African culture from infection from that of Europe as there are little specks of glimmer pertaining to European cultural dictates.

In order to expouse the typical African cultural ideal that will project zero influence of European cultural dictates, present contemporary African writers such as Wole Soyinka and his contemporaries in the present African literary situation should make further efforts to decolonise completely and divorce Euro-American cultural influence from their writings to exemplify Pan Africanism at its highest level of manifestation in the contemporary African society in the present 21st century. This situation will result in a speedy process of development on the African continent at this present time.

Being absolutely independent and free from the influence of other cultures such as English, American, Indian culture etc for a long period of time in their experience as a group of people, the Chinese at the present time have achieved great economic power and wealth in the modern world.

Through strong belief in themselves and making collective and concerted efforts in all spheres of human endeavour the Chinese are what they are today in the eyes of the modern world.

The 21st century in human history is highly characterized by unprecedented innovation, changes and transformations in science, technology and arts in human endeavour to attain a higher level of development to enhance human standards of living and prosperity.

In this regard, the 21st century calls for Africans, particularly African writers, to identify themselves with the current spirit of phenomenon and write to conscientize Africans and weaned them completely of colonial mentality and dependence on Euro-America; and recently of China, for their progress and advancement as a group of people or race.

This is because majority of Africans today still regard the Euro American culture as the sine qua non to their destiny as humans. This is very unfortunate in the African experience.

In order to reverse and ameliorate this unfortunate and worrying situation present day contemporary African writers should embark on extensive researchand exploration into the authentic African culture and expouse it totally to Africans, in order to hasten a realistic and meaningful development of the African continent.

Pan Africanism at its highest level of exposition, should preoccupy the minds of all true and well meaning African writers of today. African writers must be proud that they are Africans by race and have strong belief in themselves that they have their own distinct destiny to fulfil as human beings just like any other race, European Americans, Chinese, Indian etc.

Ideally, in my opinion, if African writers of today in their writings project a little acculturation since no race is an island of itself in the present global situation of interdependence, it will be in the best interest of Africans today as a race of people trying to advance and make their mark in the modern world.

As past stalwarts exponents of Pan Africanism such as Dr. Kwame Nkrumah, the first president of Ghana, Leopold Senghor, former Prime Minister of Senegal, Africans in the diaspora such as Dubors George Padmore,Robert Lee,MogusGarbeetc did project Pan Africanism in their writings, contemporary African writers must endeavour to take inspirations from these pace setters and take the Pan Africanism ideal to a higher level of exposition in order to deeply conscientize African to believe in themselves and take their destiny into their own hands.

In fact, contemporary African writers today are great treasures in the cause of championing African’s total liberation from colonial influence, mentality and slavery, which had been the bane of Africans since the 19th century up to the present. This has militated against Africans and prevented them from chartingtheir own course to progress, develop and experience optimum economic growth, development and prosperity as distinct people having their own God -given culture and destiny.

As President Kwame Nkrumah of blessed memory in the early days of Ghana’s independence from British colonial rule said: ‘’Theblackman is capable of managing his own affairs’’, contemporary modern Africa writers today should make themselves the instruments of articulating this true African cultural ideal in their writings for readership.

I have strong belief and conviction that if all present day African writers will re-orientate themselves in a higher concept of Pan Africanism the African continent will speedily witness an unprecedented development and prosperity that will put the African continent not too far from that of Euro-America or even very close to them eventually.

This high expectation in the African situation should not be dismissed as a mere dream or fantasy but should be taken as a reality that can take place in the 21th century of historic time.

There are three main factors that will be responsiblefor the achievement of this seemingly impossible feat in the African situation in spite of the fact that there is an extremely wide gap between Euro-America and Africa as far as development and prosperity are concerned.

The first positive factor that can be advanced for the present Africa’s situation is that the African continent has the largest expanse of natural resourcesamong the six continents in the world. With much commitment and strong determination andwith sacrifice and strategy, Africans can achieve this noble ideal. The second factor is that just like the United States of Americawhich forged, a strong unity among its splintered states and became united to achieve independence on 4th July 1776 to end British colonial rule of exploitation of her vast natural resources, Africans can also in the 21st century become strongly united andthe hitherto unbridled exploitation of her vast natural resources by Europeans; and become independent and self-reliant, instead of looking up to Europe, America and China for the use of their technologies to exploit these vast deposits of natural resources and leave Africa poor; since Africa does not gain muchdividends from the use of these technologies to exploit her natural resources.

Just as God helped America to become what she is today in the eyes of the world the same God can help Africa to achieve this seemingly impossible feat.

The third factor is that Africa can assume a sort of self-isolation  just what the Chinese did for a long time without looking up to Europe , America or elsewhere but solely relied on God and herself to develop her own technologies to exploit her natural resources to become eventually what she is today in the eyes of the world.

In God America trusted and worked steadily towards the achievement of her present status of stupendous wealth, power and prosperity.

In God also Africans can trust at the present time to achieve the ‘’impossible’’ in the eyes of the world in the present 21st century.

As Professor Ali Mazuri of Kenya succinctly puts it, Africa is a sleeping giant’’. Africa must wake up now, and become strongly united and take her destiny in her own hands and assert herself as a unique people blessed by God to possess the largest natural resources in the world to chart her own destiny.

Present day African writers with a new orientation of Pan Africanism will be able to arouse Africans out of their present deep sleep and conscientise, mobilize and galvanise them through their expository writings for the achievements of an unprecedented economic growth, development and prosperity.

I have strong optimism and hope in Pan Africanism ideology to halt the continued exploitation of Africa by Europeans, Americans, and Chinese, in recent times, to enable Africa to truly progress, advance and achieve ‘’utopia’’ throughself-reliance and zero dependence on these countries as donors of economic aid and technologies.

African can get to this stage of non-dependence on these countries very soon; and achieve this outstanding feat to the surprise of many pessimists, sceptics and cynics around the world today about this present unfavourable African situation.

In conclusion, I assert categorically that since Africa has the largest natural resources in the world today, she will definitely wake up to realise her God-given destiny in the 21st century through her great writers who can champion her genuine path of realistic and meaningful developmental process.

WESTERN TOGOLAND – The Inside Story (2) 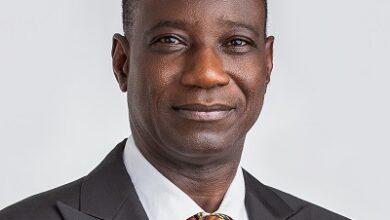 Celebrating UN@ 75 “The future we want, the United Nations we need” …the perspectives of a Ghanaian diplomat

THE GIFT OF HONESTY 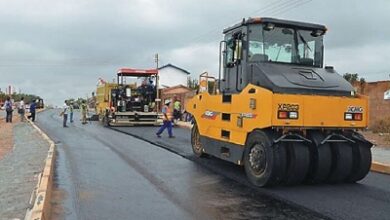