PThe Bongo District Assembly in the Upper East Region has begun implementing a number of interventions in the area to help boost the local economy.

The District Chief Executive (DCE) for the area, Mr Peter Ayamga Ayimbisa, who disclosed this to the Ghanaian Times here on Monday, said the Assembly in collaboration with the National Board for Small Scale Industries (NBSSI) had provided skills training for about 200  youth   in the areas of masonry, carpentry, welding and electrical installations.

This, he said was to empower the youth to establish their own businesses.

Mr Ayimbisa mentioned the smock and basket weaving industries as some of the areas the Assembly was partnering with the NBSSI to train people in.

Mr Ayimbisa disclosed that the Assembly had reduced the cost of obtaining business permits and market tolls which he noted, was paving the way for a lot people to establish businesses and honour their tax obligations to the Assembly.

The Bongo DCE stated that the Assembly had also assisted some businesses in the District to acquire loans from the Microfinance and Small Loans Centre (MASLOC) to start or expand their businesses.

He said the Assembly had negotiated with the Northern Development Authority to establish Agriculture Mechanisation Centre in the district to encourage more youth to form partnerships and venture into agriculture as a mainstream business. 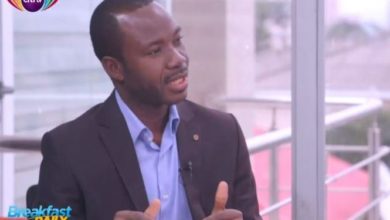