Farmers in the Eastern Region have hailed OCP Ghana’s school lab project which is testing soils and educating farmers on best agronomic practices, describing the project as timely intervention.

According to the farmers, the soil testing was vital in helping them to enhance the management of their farmlands for good yields.

In addition, they said the test reports would help them to save cost by purchasing the right fertilisers for a meaningful effect, and be able to engage in best farming practices.

Launched in 2017, the school lab project is in line with the corporate social responsibility programme of OCP Ghana, a subsidiary of OCP Africa in Morocco, the largest fertiliser producer in Africa.

The school lab project involves educating farmers on best agronomic practices, and soil testing to inform farmers of the fertility level of their farmlands.

Through the testing, farmers are enabled to effectively determine what crop to cultivate and which fertiliser to use to enhance crop yield.

At the project’s free soil testing outreach on Friday at Frankadua, the last of 10 towns covered in the Asuogyaman district in the Eastern region, the farmers lauded the project, trusting that it would lead to a bumper harvest in the area this season.

Bright Amenorhu, Assemblyman for Frankadua-Morgadzi, expressed optimism that the knowledge gained from the farming school lab would save them from the dwindling crop yield in the area.

He said “We highly appreciate this project, and we are keen on acting on the agronomics lessons provided.”

“We have been worried about the low yields, and this project offers us the opportunity to change the trend,” he said.

He said after the test reports are generated, the agric extension officers help by explaining the details of the reports to the individual farmers, and advised on what measures to take to enhance the composition of soil nutrients.

The school lab project is targeting to support some 50,000 farmers in four regions this year. The regions are Eastern, Ashanti, Upper East and Upper West.

So far, four districts in the Eastern Region have been covered. They are Upper Manya, Lower Manya, Yilo Krobo and Asuogyaman districts.

David Appiah-Kubi, Business Development Analyst of OCP Ghana explained that to avoid the duplication of soil samples, the agric officers in the districts help to map out the farming zones and select farmers to provide their soil samples.

He said for each community, a minimum of 120 farmers are reached from whom 30 soil samples are tested.

64 schools to participate in 2019 Milo U-13 Champions League 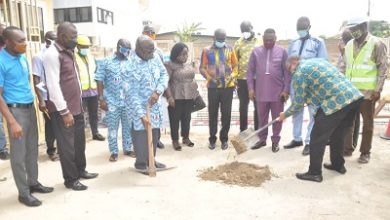 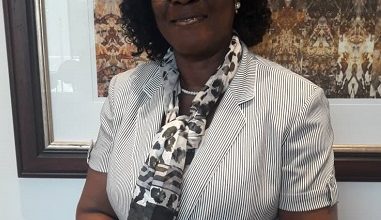