Rural smallholder farmers in the Bongo-Soe community in the Bongo District of the Upper East Region who have been empowered to use their own local innovation and indigenous knowledge as farming technologies are contributing significantly to the attainment of food and nutrition security in the district.

This came to light when the beneficiary rural smallholder farmers mostly women showcased some of the agriculture products which they used their innovation and IK to produce to the stakeholders at an exhibition ceremony organised at the Bongo-Soe community on Friday.

The project dubbed, ‘Promoting Local Innovation for Food and Nutrition Security’ (PROLI-FaNS Project) kicked-started in the district in August 2016, is expected to end in July 31, 2019.

The Catholic Central Agency for Development, Germany, is funding the project through a grant from ‘One World No Hunger’ initiative of the Germany Federal Ministry for Economic Cooperation and Development (BMZ).

Exhibiting his agricultural product made by him, Mr Azure Atanga, one of the beneficiaries and a pig farmer said, through the capacity building training he received from the project and he has been able to mix the leaves of “neem trees” with other herbs to make concoction which, he noted was very effective for the treatment of the African Swine, a disease that attack pigs.

“Apart from my pigs looking healthier and attracting good market, I am able to make extra income from my colleague pig farmers who often purchase the concoction from me for the treatment of their pigs,” Mr Atanga indicated.

Madam Tingabone Nsobila, 39-year-old woman and innovator of sheabutter, said through local innovations and indigenous knowledge she is able to add more value to the processing of the sheanuts into sheabutter which often attract good markets from both local and international communities.

“Unlike before now I am able to pay the school fees and the premium of the National Health Insurance Scheme for my four children including some members of my extended families,” she stressed.

Madam Mma Adongo, a 40-year-old Innovator of sweet potato, on her part indicated that formerly the farmers of sweet potatoes in the community used to experience glut but noted that with the local farming initiatives acquired through the project, they no longer experience such trend since they are able to process the sweet potato into flour for preparing ‘Tuo Zaafi’ to eat and sell.

The project Coordinator of PROLI-FaNS Project, Mr Joseph Nchor, explained that the project which is being hosted by the Association of Church Based Development Projects (ACDEP) is being implemented by the Navrongo-Bolgatanga Catholic Diocesan Development Organisation (NABOCADO) and the Evangelical Presbyterian Development Agency (EPDRA) in the Bongo District of the Upper East Region and the Yendi District of the Northern Region respectively.

The Project Coordinator explained further that the project which is aimed at strengthening the innovation capacity of  farmers in rural areas  particularly women, was also to increase the local resilience to change as well as contribute to building the Functional Multi Country Platforms(CPS)in West and Central Africa and Eastern and Southern Africa.

According to the Project Coordinator, the project used farmer-led joint research or Participatory Innovation Development (PID) approach which includes researchers, extension agents, and innovation by farmers to achieve food and nutrition security as well as reduce poverty and ensure sustainability.

The District Chief Executive for Bongo, Mr Peter Ayimbisa in a speech read for him commended the implementers and the funding agencies for the project and indicated that it had really contributed to ensuring food security in the district.

‘Simplify processes to avoid delays in payment certificates of contractors’ 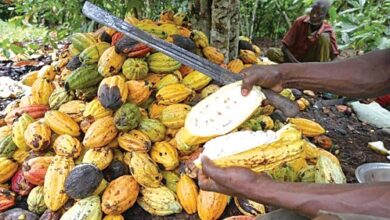 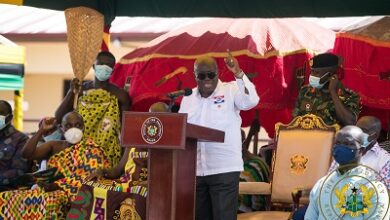 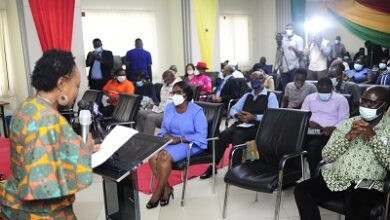