The Chief Executive Officer of the Ghana Chamber of Mines, Mr Sulemanu Koney has described the mining industry as the bulwark of the country’s socio-economic development.

He said it contributed to fiscal revenue, forex receipts and Foreign Direct Investments (FDI) and is unmatched by any other economic sector.

Mr Koney who announced this at the 4th National Human Resource Conference recently held at Tarkwa, indicated that data from the Ghana Revenue Authority (GRA) suggested that the minerals and mining sector was the primary source of fiscal revenue to finance the country’s development aspirations.

He said in 2018, it accounted for 14 per cent of direct domestic revenue as against five per cent of total government revenue.

With regards to forex receipts, he said the export proceeds of the mining industry’s output accounted for 39 per cent of the country’s gross merchandise export receipts in 2018.

He noted that the sector was largely responsible for the acceleration in the country’s gross domestic product of recent times.

In 2018, the mining and quarrying sector, excluding oil and gas recorded the highest growth rate of 48.6 per cent.

Mr Koney disclosed that the sector’s stellar growth turn out culminated in the expansion of its contribution to Gross Domestic (GDP) Product from 7.8 per cent in 2017 to 9.8 per cent in 2018, making it the fourth largest economic sector.

“It is worth pointing out that the sector’s manifest contributions to the development of the country was hinged on the sweat and ingenuity of men and women who give up the comfort and niceties of city life and sometimes the bonds of family to work in remote areas of our country,” he indicated.

The CEO expressed his appreciation to the employees in the mining industry and assured them that the Chamber and its member companies would continue to explore ways of improving on their experience on the mine and quality of life.

“There is no gain saying that these initiatives were introduced and implemented successfully by the Human Resource practitioners who have the arduous, but exciting task of managing the diverse talents on our mines”.

Mr Koney applauded their professionalism and dedication to position the mining industry as the employer of choice in the country and the world at large. 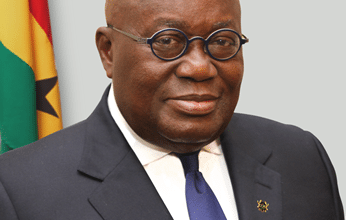