Indian High Commissioner to Ghana, Mr Sugandh Rajaram has called for an enhanced collaboration between the University of Education, Winneba (UEW) and Indian universities to promote academic excellence and research.

He explained that such collaboration was pertinent due to the role that tertiary education plays in the transformation of countries, and expressed his appreciation to the management of the University for their commitment towards increasing access to tertiary education in the country.

Mr Rajaram made the call when he paid a courtesy call on the management of the UEW at the office of the Vice-Chancellor in Winneba.

The visit was to introduce himself to the management as India’s new High Commissioner to Ghana and to explore educational opportunities for co-operation, as well as to strengthen and widen partnership with India.

“I thought this was an opportune time to introduce myself to you and then see if there are opportunities for co-operation because your institution is a very eminent national institution for teacher education which is a very important area for nation-building. This, we prioritise in India and so, there are several areas we could explore as areas of co-operation,” Mr Rajaram said.

The High Commissioner expressed optimism about a brighter future of university-university cooperation between UEW and Indian universities where, he said, there could be long term memorandum of understanding (MoU), which could focus on academic exchanges, joint studies, and collaborative research that would inure to the mutual benefit of both countries.

The Vice-Chancellor of UEW, Rev. Fr Prof. Anthony Afful-Broni, in his remarks, commended the Indian government for its support towards the development of the country.

He said the UEW, the fastest growing and densely populated university in the country, was ready to partner with other universities in India.

The Vice-Chancellor expressed interest in having some of the staff of UEW who may want to further their studies, particularly in information and communication technology (ICT) training in India.

The acting Pro-Vice-Chancellor, Prof. Andy Ofori-Birikorang, for his part, called for collaboration between UEW and India in strengthening the ICT base of the institution, due to the latter’s prowess in the ICT sector.

He noted that the emergence of coronavirus disease (COVID-19) pandemic had influenced academic activities around the world and said that, the university had caused teachings and many other activities to be moved online.

According to him, the activities were highly driven by technology, saying, “this is because with COVID-19 coming, we have moved online, using the Learning Management System.

UER records 27 maternal deaths between January and October this year

‘Pesticides use by cocoa farmers must be less harmful’ 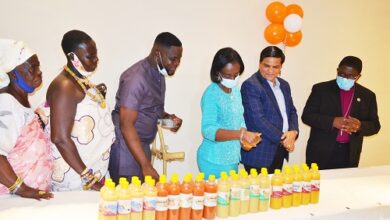