Ms Josephine Nkrumah, the Chairperson of the National Commission for Civic Education (NCCE) has stated that the recent actions of the country’s biggest political parties’ smack of political hypocrisy.

“The actions of the National Democratic Congress (NDC) and New Patriotic Party (NPP) make people doubt politicians when they speak, I will like to see the politicians begin to act in the manner that restores the citizenry’s confidence in the country’s political process, a lot of the apathy we see is because people don’t trust the politicians and such actions are beginning to re-emphasise that mistrust,” she lamented.

Her comment follows a recent leaked tape in which a voice alleged to be that of NDC National Chairman, Samuel Ofosu Ampofo, is heard speaking about several issues with some party thugs.

Some of the issues included attacks on the Chairperson of the Electoral Commission (EC), Jean Mensa as well as the Chairman of the Peace Council, Most Reverend Professor Emmanuel Asante.

That, Mr Ofosu Ampofo denied saying it was a doctored tape and many were surprised because he has openly called for the disbandment of party militias a few days prior to the tapes surfacing.

Regarding the meeting, Ms Nkrumah observed that the NCCE is willing, able and competent to facilitate a meeting between the two political parties.

“We have also worked closely with the National Peace Council and we are ready to mediate this meeting. We are even ready to bring in other important institutions like the Small Arms Commission,” she said.

According to her, “disbanding party militias is only the first step in a complex roadmap, when you disband them, what happens to the weapons that they have? What kind of job opportunities do we have for them and what skill sets are we equipping them with,” she queried.

Ms Nkrumah is concerned about how the party militia phenomenon is affecting the national psyche and for citizens to live a responsible life and citizens should question themselves if their actions become dangerous to the collective interest of society.

“We must also look at the appointment processes of the security agencies, security of tenure and what we can do to build confidence in the Ghana Police again, the citizenry should start acting so election 2020 will be peaceful and strengthening her democracy,” Ms Nkrumah indicated.

The government moved to clear out a party militia group that had been training at the Osu Castle, the former seat of government following a Joy News exposé done by Joy News’, Manasseh Azure Awuni, which showed the group has been using the facility for training since the Akufo-Addo-led administration was sworn in.

This is a slap in the face of the President calling on the leadership of the NDC and NPP meeting to disband party militia groups. –myjoyonline.com 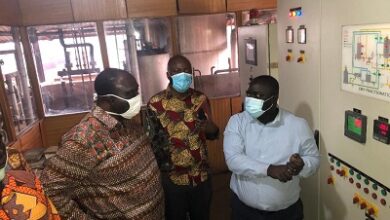 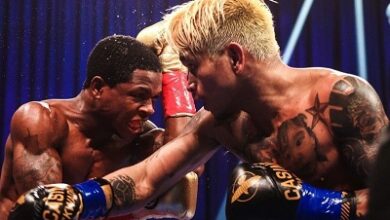