The management of the Ghana Ports and Harbours Authority (GPHA) at the Takoradi Port have donated 200 bags of cement for the construction of  a fence wall at  the Poasi Methodist Cluster of Schools in the New Takoradi community  in Sekondi-Takoradi metropolis of the Western Region.

The gesture is to create a secured and serene learning environment, critical for an effective teaching and learning at school.

It also forms part of the Port of Takoradi 2020 human capital development to support its host local community of New Takoradi.

Speaking at the ground breaking ceremony on Thursday, the Marketing and Public Affairs Manager of the Port of Takoradi, Mr Peter Amoo-Bediako, on behalf of  the Director of Port, Captain Ebenezer Afadzi, mentioned that the project was in keeping with management’s  commitment to maintain community relations which had  positive impacts  on  the New Takoradi community.

“It is also in keeping with our  commitment to human capital development both within and outside the Port institution and  in alignment with GPHA’s core value of Commitment to Employees, since employees are not only crucial to its success, but, also are drawn from the pool of human resources produced from the nation’s education value chain,” he added.

He continued : “It is in view of the above that the Port readily responded to an appeal by the management of the New Takoradi Poasi Methodist Cluster of Schools for support to put up the fence wall around the cluster of schools in the community.”

The Chairman of the Poasi Methodist Cluster of Schools’ management committee, Very Reverend Daniel Percy Omanano, said the project was initiated about two years ago and since then, they had sought supports to enable them build what he termed a “formidable wall” around the schools, but found it  “as  a huge undertaking”.

“We appealed to some organisations but, out of the organisations, it was only the Port of Takoradi which came to our aid,” he said.

Very Rev Omanano added that the need for the fence wall project arose out of the dire need to  improve general security and  ward off some social indecencies and vices that occurred around the schools’ premises, “to the extent that sometimes when you come to the school, the children find it difficult to study”.

“It was a huge business, it was only Ghana Ports and Harbours Authority who came to our aid with the presentation of 200 bags of cement and it came by surprise. We are really grateful for the bold steps that GPHA took to come to our rescue,” he added.

The Western Regional Minister, Mr Kwabena Okyere Darko-Mensah, who is also the Member of Parliament for Takoradi, and  in whose constituency the school was located, also donated  2,000 cement  blocks towards the project.

Captions:  The Marketing and Public Affairs Manager of the Port of Takoradi, Mr Peter Amoo-Bediako( second right in suit) and Very Rev Percy Omanano(with microphone) joined by  other elders  of Poasi to cut the sod for commencement of the  fence wall project. 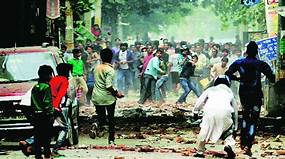 Tenerife hotel locked down over coronavirus

Parliament begins debate on SONA …but Minority declines to participate