COPA America champions Brazil and AFCON 2019 runners-up Senegal shared the spoils in a game that saw Neymar make history for the Selecao.

Both Brazil and Senegal selected strong starting XIs, with the likes of Kalidou Koulibaly, Idrissa Gueye and Sadio Mane featuring for the latter, while Roberto Firmino, Gabriel Jesus, Philippe Coutinho and Neymar all ran out for the Selecao.

Neymar made the headlines as the 27-year-old made his 100th appearance for his country in this fixture, becoming the youngest player to reach this milestone.

Brazil opened the scoring inside 10 minutes after Gabriel Jesus set up Roberto Firmino, who chipped the ball over the on-rushing goalkeeper from close range.

Senegal came close to scoring in the 25th minutes, but Ederson saved Mane’s shot from outside the box.Five minutes before the break, the Lions of Teranga had a shout for a penalty following a handball inside the box, but the referee waved play on.

However, Senegal were awarded a spot-kick on the stroke of half-time after Marquinhos brought down Mane inside the box, with Famara Diedhiou converting for the equaliser.

Brazil themselves thought they had a penalty when keeper Gomis brought down Jesus inside the box, but the match official did not agree.

Neymar came close to scoring after 70 minutes, but his free-kick sailed on to the top of the net. Richarlison could have won the game for Brazil, but his shot from the edge of the box missed the target by inches. – Soccer Laduma 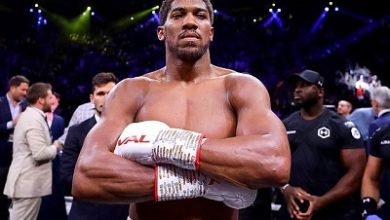 AJ: Fury wants my title but won’t have them