Ethiopia’s northern Tigray region held regional elections yesterday in a show of defiance against Prime Minister Abiy Ahmed, who called the vote illegal but said the government would not respond with force.

Ethiopia had been due to hold national and regional elections on August 29 but postponed them indefinitely because of the coronavirus pandemic.

Tigray opposition politicians say this was a move by Abiy to prolong his rule, and decided to go ahead with the vote, even after senior lawmakers ruled it unconstitutional.

The confrontation with Tigray is the latest headache for Abiy, who is struggling to hold together a federation that stitches Ethiopia’s 80 plus ethnic groups.

“The vote went very well, as of now 85 per cent of registered voters had cast their ballots,” said Getachew Reda, spokesman of the Tigray People’s Liberation Front (TPLF), which for many years was the only party in the region and is expected to gain a majority, challenged by Abiy’s Prosperity Party and the new Tigray Independence Party.

Abiy likened the exercise as the construction of shanties by squatters on land that they do not own.

“Those who construct a shanty are illegal dwellers as they don’t have land deeds, and they don’t sleep with their eyes shut,” he told the state broadcaster.

After decades of repression, Abiy ushered in democratic reforms that helped win him the Nobel Prize. But the new freedoms also fuelled long-suppressed demands for more regional autonomy, rights and resources.

Even in Tigray, the TPLF is facing pressure from more zealous ethnic nationalists who have formed a new party that is openly pushing independence from Ethiopia.

Tigrayans dominated Ethiopian politics since guerilla fighters ousted a Marxist dictator in 1991, but their influence has waned under Abiy and last year the TPLF quit his ruling coalition.

“Everybody is willing to vote here… we want to be independent, free and have a nation for all Tigrayians,” said Welday Asgedom, a tourism sector worker, as he headed to the polling station to cast his ballot.

The region’s population makes up 5 per cent of Ethiopia’s 109 million people, but its history in politics means it is wealthier and more influential than many other, larger regions. -Reuters 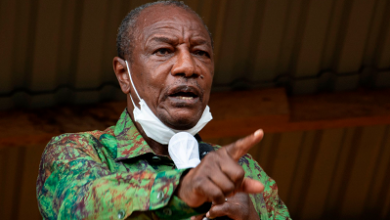