A large number of Ghanaians yesterday thronged various shopping malls and super markets in Accra to cash in on the Black Friday sales promotion.

Most shopping malls in the capital city offered 40 per cent discounts on all goods purchased in the yearly sales promotion.

The Black Friday is an informal name for the Friday following Thanksgiving Day in the United States, which is celebrated on the fourth Thursday of November every year.

It is a day where many stores in US offer highly promotional sales and  open very early, such as at midnight, or may even start their sales at some time on Thanksgiving.

At shops visited by this reporter, the Ghanaian Times saw many  shoppers besiege malls and stores to make purchases of items at reduced prices.

Some of the items that were highly patronised were home appliances,  alcoholic and non-alcoholic beverages, food and toiletries.

At Melcom, the offer is for the entire month of November while Citydia and other shops would end today.

At Citydia, the supermarket opposite the New Times Corporation, saw an unsually  large crowd of shoppers who also created

In an interview, a customer, Nii Lartey said the offer was too good to reject and urged shop owners to often reward customers with such offers.

He said although he was not surprised at the promotion because of his experience in the United States, he suggested that Citydia did the promotion at least twice a year.

Another customer who was seen with a trolley full of items said he paid less than GHc500 “I am surprised and they are not expired items.”

He said “the promotion was good and urged the management to employ more attendants to serve customers in future.”

The situation was not different at Melcom Plus, North Industrial Area  as customers were seen with fridges, television sets, chairs, carpets and other valuables.

There was heavy vehicular traffic with shop attendants finding it difficult to cart products home.

The Manager of the shop who only gave his name as Mohammed said sales had been good.

He said the promotion at Melcom ran throughout the month of November and not only on Fridays, adding that, “ the company may extend the promo”.
The Hisense shop opposite Melcom Plus also had a fair share of the sales as customers thronged there to buy television and radio sets.

﻿Cabinet increases funding for scientific research to 1% of GDP 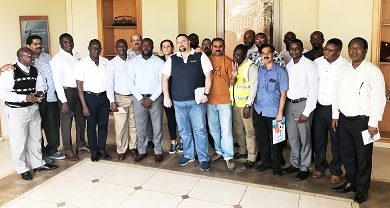 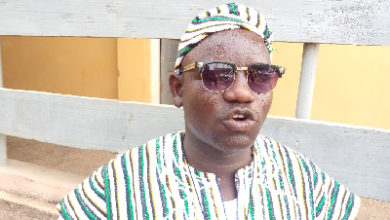