The emergence of the Coronavirus around the globe even though yet to end, have left its devasting experience with many people. Several people are going through stress, devastation and agony perhaps directly from the disease or from the policies and guidelines emanating from the attempt by governments to contain the spread of the disease.

Ghanaians currently on visit abroad have not been spared with such decision by the government when it was announced that they will pay for the cost of quarantining them for fourteen days on arrival as per the safety protocols to help stop the virus from spreading in the country.

So far, a good number of such stranded Ghanaians have been flown home. Figures available indicate that at least 1,100 Ghanaians who travelled outside the country for various reasons have been brought back home safely in the wake of the pandemic.

“Of the number, 230 were flown in from Kuwait, 77 from Nigeria, 41 being students who were on an exchange programme in Washington DC, United States of America (USA), 154 from Dubai. There are also about 141 students in Benin who arrived in the country via Intercity STC buses. Three people were flown from Egypt, three from South Africa, five from Israel, and others from Burkina Faso and China.

According to the Minister of Foreign Affairs and Regional Integration, Madam Shirley Ayorkor Botchwey, these evacuation exercises took place between May and early part of June.

More continue to arrive, for instance, 250 of them from the United Arab Emirates (UAE). 400 expected from China by June 21 and 196 from Lebanon by 19th of June while more from China and the United State of America are expected at the end of this month.

All these to say that there is a huge number of Ghanaians who are lockout of the country chiefly due to the closure of the country’s borders, land, air and sea.

These citizens of the land through no fault of theirs, have to live outside the comfort of their homes due to pressure and pleasure of life, any of them applicable to the individuals who found themselves as victims of circumstances.

Their homecoming has been characterized with huge controversy mainly on the cost of their quarantine, which is mandatory. the Minister, has alluded to the fact that “the processes of evacuating Ghanaians from the diaspora into the country have been impeded by high cost of hotels to accommodate the arriving party who are to undergo mandatory quarantine.”

According to Madam Ayorkor Botchwey one of the most difficult issues facing the government in this exercise is the categorization of persons considered as destitute.

By inference, it is believed that the government had an intension of providing some undefined assistance to the destitute. I will rather prefer to refer to these as deprived. These are Ghanaian citizens who had travelled to various parts of the world for one reason or the other.

Most of these individuals who travelled on their own so I would want to believe they have rather been deprived of coming back home because of circumstances beyond the control of everyone.

So, infect, they are not destitute. Well that is not the main contention under this discourse. The outcry of these victims of circumstances is rather the core matter.

The conditions for Ghanaians wishing to travel back home were too severe according to some of them who have spoken to the media under severe desperation. Parts of statements from some Ghanaian missions abroad read, “The evacuation exercise of Ghanaians who are willing to cover the cost of travel and mandatory quarantine” I am not an expert in the English language but I understand evacuation to mean “remove (someone) from a place of danger to a safer place”. Evacuation mostly takes place when people are in danger or extreme difficulty.

There is no doubt that the government is very much aware of the fact that these are citizens who are critically in difficult times.

Unlike Ghanaians at home, these citizens have not received any support from the government since the emergence of the Coronavirus. So, it was expected that they were also, in a way going to be supported by the government to return home safely and in comfort.

Much as it is appreciated that we are not in normal times and that all things could not be equal but it is said that what is good for the goose is good for the gander. it was anticipated that all citizens were going to be treated the same way as others have been treated under similar situations.

Each one would want to comply with directives and protocols in order too help check the spread of the disease. Should it be at the person’s own cost? It is extremely difficult for one to get his head round this. More explanation is required here.

This is a situation which is compounding the difficulties and stress levels of these innocent Ghanaians caught up in this web outside the country. Thousands who have no means of paying this high cost of hotel bills are compelled to continue their stay in foreign lands.

One person told me, she went for a funeral of her late mother and now she cannot return to her own country because she does not have money to pay for her to be quarantined. The widow expressed annoyance and displeasure about the policy and remarked that her biggest concern is her children who are left in the care of other people.

Come to think of it, the government has received several millions of dollars to help fight this pandemic and has prudently and utilized these monies to the benefit of the citizenry.

Increased testing, compulsory use of nose masks, mandatory quarantine and comprehensive stakeholder engagements at all levels all for free. There is also free supply of requisite PPEs especially facemasks to reduce importation of these items from foreign countries. There has been a comprehensive distribution of essential consumables for vulnerable communities without delay all for free. The government has waived 50 % for domestic and industrial water usage, there is also  months electricity bill waiver for both domestic and industrial usage, free transportation for health workers, tax rebate and 50% additional allowance for health workers, a free insurance package for frontline health personnel as well as the provision of tax holidays health workers and credit facilities for SMEs and vulnerable households. Absolutely excellent and timely interventions hailed by the international community. There has also been tax relief for affected worker to withdraw from their pension contributions. So why nothing for these Ghanaian citizens. Can something be done for these for free? I think it can be done. Yes we can

I have this to suggest, the quarantining of these Ghanaian willing to return must be free. Care must be taken that it covers only Ghanaians who are genuinely residing home but had to travel outside. 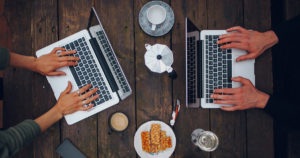 LIVING YOUR LIFE IN STYLE