Barcelona‘s title hopes are hanging by a thread after they dropped points for the third time in four games on Tuesday, twice giving up the lead as they drew 2-2 with Atletico Madrid.

Barca twice led at Camp Nou thanks to Diego Costa‘s own goal and Lionel Messi‘s penalty, which was the 700th goal of his career for club and country, but Atletico replied with two penalties of their own, both scored by Saul Niguez.

The point moves Barca within one of leaders Real Madrid, but they will fall four points behind if Zinedine Zidane‘s side win their game in hand at home to Getafe today. –ESPN 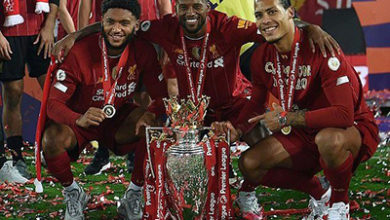 £175m prize money for Liverpool … after lifting the Premier League