Gershon Akpah, one of the ten persons charged with treason, was discharged Thursday by the Kaneshie District Court.

The court discharged him because prosecution has withdrawn charges of conspiracy to commit crime and treason made against him.

A week ago, Ms Hilda Craig, a Senior State Attorney, told the Accra  high court presided  by Justice Ruby Quaison that the decision to discharge Akpah, a weapon mechanic, was based on the advice of the Attorney-General.

At proccedings,  another civilian employee at the Ghana Armed Forces, Johannes Zikpi, who was earlier  arrested by the police, was arraigned and charged with the same offence.

Ms Hilda Craig, a Senior State Attorney, told the court that  committal proceedings would be conducted on March 3, 2020.

So far, the high court has refused three different bail applications made by Victor Adawudu, counsel for seven out of the ten accused.

Three months ago, the  high court then presided  by Justice George Buadi refused bail put in by seven of the accused, stating that they could interfere with investigation.

The prosecutor, Assistant Superintendent of Police (ASP) Sylvester Asare, told the magistrate court presided by Mrs Elleanor Kakra Bans that Dr Mac-Palm and his colleagues belonged to an association called Take Action Ghana (TAG) and had planned to stage demonstrations, ostensibly to topple the government.

He said in July, 2019, the accused contacted a blacksmith from Alavanyo, in the Volta Region, to manufacture 22 explosives, six ammunitions and five pistols.

The court heard that the manufacturer charged alleged accomplices GH¢2,300 as the cost of each pistol and GH¢400.00 for each explosive.

He said on September 19, Dr Mac-Palm and Kafui were arrested after test firing at Teshie Military shooting range.

The court heard that a search conducted in the premises of the Citadel Hospital revealed six unregistered pistols, one registered pistol, 22 explosives, three grenades, 63 rounds of ammunition, two empty AK47 magazines and other machines used in manufacturing weapons.

Gunmen on rampage ... fire at policeman 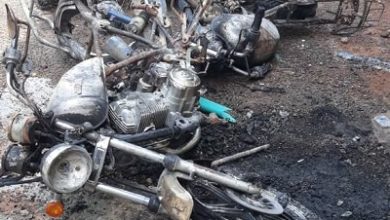 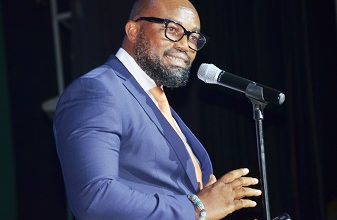 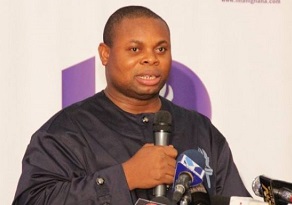