Vodafone Ghana Foundation has climaxed its three-phased ‘Homecoming’ that brought relief to many patients in financial distress in some medical facilities nationwide at the Eastern Regional Hospital in Koforidua.

At the launch of the third and final phase of the Homecoming initiative saw a total of 101 patients discharged to reunite with their families.

The number adds up to a total of 300 beneficiaries in this year’s Vodafone Homecoming Initiative.

Speaking during the third phase of the Southern Belt launch at the Eastern Regional Hospital, Head of Vodafone Ghana Foundation, Amaris Nana A. Perbi, said, the exercise was significant to World Patients Day.

“It is gratifying for us that the many Ghanaians whose lives were transformed with Vodafone’s Homecoming and Healthline initiatives are back to their lives and livelihoods, contributing to the economic growth of the country. This final phase will ensure patients go home to celebrate the Founders day. What makes this day even more remarkable for us is the fact that we join many other countries who are members of the United Nations to celebrate ‘World Patients Safety Day’, today,” he said.

“Also, to ensure the sustainability of the project, all our beneficiaries will also receive new or renewed National Health Insurance Scheme cards as well as nose masks, face shields and hand sanitisers to be protected against the ongoing pandemic. Whilst selected patients will also be given seed capital to assist with their endeavours once they are discharged from the hospital”, he added.

Mr Perbi said the 101 beneficiaries from the Southern Belt out of the total 300 nationwide beneficiaries, comprised eight patients from the LeKMA Hospital, and 30 from the Eastern Regional Hospital.

“With this exercise, Vodafone Ghana Foundation has come to relief both the hospital and the patients of a great bill. Some of these patients have been here for a long time awaiting how they can clear the bills. That is why we feel this is a commendable exercise. I want to say a big thank you to Vodafone Ghana,” he said.

Mr Samuel Kumah, a 52-year old man and a beneficiary said “I had a sore on my testicles and it was gradually getting swollen, so I had to undergo surgery to correct it. After the surgery, though I have been discharged, I have been in the hospital for an additional six months because I haven’t been able to settle my bills.” 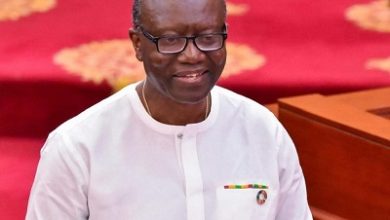 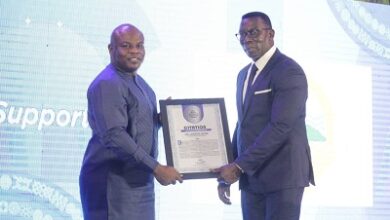