The Bishop of the Northern Accra Diocese of the Methodist Church Ghana has urged Methodists to uphold the heritage and culture of Methodism while adapting to societal changes.

Right Reverend Professor Joseph Edusa-Eyison added that despite the various additions to Christian worship and cultural changes, Methodists must stay true to core values instituted by the founding fathers of Methodism.

He made this appeal during a lecture held in celebration of the first anniversary of the Northern Accra Diocese of the Methodist Church on the theme ‘Our Wesleyan Heritage: The impact of the Methodist Movement on World Civilisation’.

The lecture was attended by over 300 Methodists including ministers of the Northern Accra Diocese.

Bishop Edusa-Eyison stated that the core of Methodists which was faith building and the pursuit of Christ also emphasised the importance of charity and support of the society and those in need.

He added that due to the present age there had been several changes in society which heavily influenced worship in churches, adding that, although there were new additions to worship and praise the core message being delivered to all must not be affected.

“No matter how bible discussions change, no matter how praises are given, or the types of songs used in worship, the message or hidden meaning behind each of them must speak of love, care for one another, doing no evil and support of society,” Bishop Edusa-Eyison added.

He advised ministers of the various churches, to maintain the cultural practices of Methodism whiles blending the cultural changes in society.

He called on all members of the Methodist church to ensure that the culture that was given to them remained unchanged so that the future generations could also have a feel of what it means to be a Methodist.

“There will be changes in the way we do things in church and in the society, but let us try to have those changes be positive to enhance Christian worship,” Bishop Edusa-Eyison added. 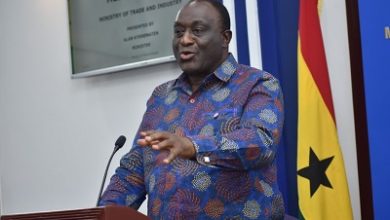