“Unopposed” used to be the CPP’s strategy to impose candidates on Regions or Constituencies for any election at all in this country during its halcyon years, 1949-1966.  Those affected largely acquiesced or defected. But those who quit on protest, were announced to have been expelled from the party.  And they made no difference in ballot results, if they were stout-hearted enough to contest as independents or on another party’s ticket.  While also hardly effecting their ambitions to be elected as Representatives, because the CPP was dominant, there was the risk of running oneself into detention as a “dangerous saboteur” to be put in the cooler.   No one was spared pushing yourself into a tiff with the hierarchy, let alone the government.

A famous one was P.K.K.Quaidoo, a Cabinet Minister.  He dissented and conducted an Opera on the floor of the Legislature, lead-sang “Asemyidika” [it is an ought-said matter]. Theexpulsions of KwesiLamptey, DzenkelDzewu (Saki Scheck restored later); but the resignations of Victor Owusu, Joe Appiah and K.K.Taylor were not representation-led.  The common thread was demurring from the official party policy.  But all of them spent time under some unpleasant pressures for having perhaps stirred the hornet’s nest.

A flip side of the phenomenon was that a young MP from Ashanti for the NPP was similarly hounded after the party lost to the PNP.  He was alleged to have engineered the party passing ‘no confidence’ in Victor Owusu’s leadership.  That was hushed.  The young man went away from politics, as far as I can retail.  I trust these openers help to better appreciate the swing of politics here today.  Rancour was reported in the ruling-NPP about apparently either flying an intent to do a CPP 40s up to the 60s; or has in reality cordoned a male-member-trio and five women in parliament from being challenged in the imminent primaries to elect hopefuls for the next legislature.

Ordinary prudence and history dictate separating the males from the females, because cases submitted to back up the schemes are different though the acts converge at the same conclusion—‘undemocratic’, the same the party had labelled and jeered the CPP.  For finessed emphasis, I should repeat that the numbers that walked away from the CPP in that era, were not numerically colossal.  However, the paucity contained vibrant, quality and educated young men and women who had been in front line and trenches during formative and independence campaign period.  I shall recall the Cape Coast example and feel that would be sufficiently demonstrative and advisory.

When KwesiPlange died, the CPP Central Office decided to block off the seat for bye-election for N.A.Welbeck, who won anyway, retaining the seat for the CPP.  The CPP lost face in the Town which had been a most solid CPP.  The unbridgeable political split down the middle presently, can be traced there.  So it was easy for T.D.Brodie Mends, formerly of the CPP pioneer-leadership to carry for the PP 1969.  Those of his Comrades who quit or put-off from activist-politics altogether, included Prof Ekow Daniels who in 1979 declined to be the running mate of candidate HillaLimann for the presidency –the Third Republic.

That necessary abbreviated history can be put in to sustain bearing, as previous citations, on discourses for the NPP’s political “clothes stealing”, from the CPP, as euphemism or jargon.   It is understood that rational in the behalf of the three men in parliament is that they are indispensable.  They are described as doing great job for the party at their respective posts—Leader of the House, first Deputy Speaker and a Cabinet Minister, Education.  That someone is ‘in dispensable’ is like strange,  It could also smack of panic to lose and shows very disturbingly that a whole national party from a tradition in our history is not grooming its future for continuity and has no confidence in the challenge they confront within.

The operative sentencethrown up by Spokespersons and apparently Responsiblesis that, the absence of the three would be “suicidal” for the party.  But memory lane delivers that only one of them, the leader of the House today, had virtually lost the primary for 2016 and even the then ruling NDC Front Bench rallied to his rescue.  However, the overriding principle against stopping others contesting,won’t be likely be the best in liberal democracy.  The sour taste it leaves inside and outside would be lasting, no matter how it is or was and or indeed would have been resolved.  This plays right into the hands of rivals in an election year—a political propaganda dynamite to lob.

Turn now to the “Five” NPP lady-MPS from Ashanti: It is said the essence is to encourage women’s greater participation in cut and thrust politics.  Very well.  It is contradictory of the grandiose effort to rationalise the justification and self-undermining if not defeating of the same; because any other means to shield the women MPs away from ballot is no contest and raises denial of franchise to others in our choice for governance.  But there is a precedent also an Nkrumah-CPP scheme.

We arrived at crucial point in this country with a seemingly female inclusiveness at between minute and zero.  I think or recall from around the upper fifties to the early sixtiesor the precincts.  Prime Minister [then] Dr Kwame Nkrumah provided a tantaliser formula to get women on board.  The official that ensued allocated ten parliamentary seats for ten women selected by merit across the political chess board.  Certainly majority were CPP-inclined.  Each represented a seat in the ten regions.  It was the same rationale on offer to explain in defence by the NPP outside of the political “ET TU BRUTE” retrospectively for empirical discourse.

Never mind the teaser.  Quantum of the results of that experiment contributed is what matters.  The women excelled, especially the two or so who held ministerial portfolios.  They were fascinating in erudition which conveyed their contributions to policy debates and issues of State—maternity, irresponsible Dads, girl-child education and national health care and international relations as for example Mrs Gloria Neequaye [nee Addae] made ripples at the UN.  Back home in the parliament,  men and country respected them.  History is in bad arears on this—and stinks like national ingratitude.

I believe anyone who might feel guilty would take cover behind [a] the sources of information and books which the NLC reportedly ordered burned to allegedly obliterate Nkrumah; and [b] the downgrading of history from core subjects. (Informatively, it is being restored, except that there are too many suspicions about exactitudes and appropriate emphases in roles in our history, relative to curricula and or syllabi for the Primary Schools by the Ministry of Education).  Incidentally, a repeat occurred at the 1979 Constituent Assembly which crafted the Constitution for the Third Republic”.  There only six women—three pretty young, Mrs Rebecca Ayeebo [later HawaYakubu], Miss Jane Cole, Miss Christine Namon and much older AkuaAsabea, Mrs Edith Quartey and Justice Mrs Anne Jiagge.  The ‘Girls’ overawed the men—too brilliant and gutsy.Such was the indelible mark that “F-FIVE” made.

Generally, there should be a consensus about something special for our women to embrace trekking the corridors of power and making the law.  Yes, it is true outside of politics some women have made it and rising.  The country needs a coterie of the comparable acumenon the floor of the House.  It is not mine yet to write any remarks on the present bunch on both sides of the House.  The better truth which remains the deterrent are tradition and the omni-present morbid attitude to the rough and tumble of political combat.  Still the NPP’s decision, upheld or not, is difficult to duck criticism and objections.  If you are exempting in this particular instance, the lot only from Ashanti, runs into difficulties for acceptance, whatever is the extenuating circumstance.

As from the historical narrative, this particular carrot has been over-tried with not much to show.  There must be thoughts on alternatives.  Perhaps, whether feminine pride or not and why not?, the women are rebelling against treated like their inalienable right is something held hostage by men and dispensed as benignly suits male pleasure.  That is where our politics had constructed an “iron curtain” disguised.  Let us break it like former US President Ronald Reagan powerfully urged the Soviet-East German Chief EricHonecker to bring down the Berlin Wall. Also, it isn’t that the bright and brave women are stubborn.

A social impediment could be a strong repellent.  You often heard whispered allegations of male chauvinistics and some pressures of regularly unspeak-out awkward advances.  It was only during the Constituent Assembly misconduct crisis when one was kind of openly disclosed at an internal enquiry and confirmed decorously to the House.There is something in getting round the women’s case.  I want to suppose that it would not manifestoes to back-off their think-tanks away from promises—hackneyed and undelivered ever, to that veritable vacuum, subject them to independent scrutiny and leave the final decision to the public.That offers copious votes.

I leave you with a third meddling to put down women for resistance into politics on terms of the men advisedly:  The late Justice Mrs Jiagge was in mid-1960 the first woman High Court Judge in the Commonwealth.  Britain followed the year after.  It was not without a fight in tenacity of the Ghanaian woman.  When the Judicial Council appointed her, the then Chief Justice Sir ArkoKorsah differed, overheard protesting “there is no woman in the superior court in the Commonwealth and Ghana is not going to be the first to start it and make herself a laughing stock.”

The Judicial Council insisted.  Then, the Chief Justice backed down with a condition that the woman would be transferred out of Accra.  She rejected it and won on appeal to President Osagyefo Dr Nkrumah. She had emphasised in her objection that gender was not [and should not be] the basis for promotion. 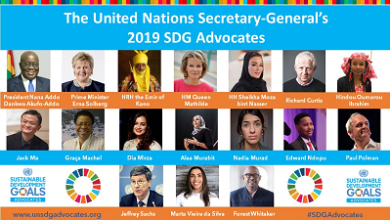 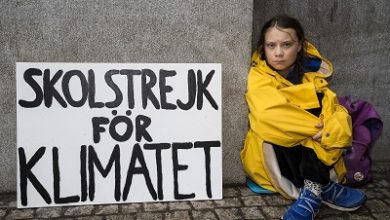 WHAT’S IT WITH YOUNG LADY ACTIVISTS?