The University of Cape Coast Junior High School (JHS) has emerged winner of the third edition of the National Core Subjects Quiz (NCSQ) held in Accra.

The tension-packed grand finale saw University JHS put up an incredible performance against their counterparts from the Central Region, Greenfield Schools to walk away with the ultimate prize.

At the end of a grueling four rounds of competition, University JHS recorded 63 points to win, while their opponent had 53 points to settle for the second position.

The winners received a giant trophy, a cheque of GH¢2000 and other souvenirs from the sponsors, RMG Ghana and BiC Ghana.

The second placed team, Greenfield also had a cheque of GH¢1500 and souvenirs from the sponsors, while Dayspring Montessori who came third, taking away GH¢1000 and souvenirs.

Guest of Honour for the event, Mrs Rita Kusi, congratulated the two finalists for putting up a very sterling performance during the quiz.

“It’s exciting to see students go at each other in the spirit of knowledge sharing and competition, which is a very vital tool for the development of Ghana’s education sector,” she stated.

She added that, lack of knowledge was the reason why many countries have failed to develop and Ghana would be developed if the current generation made knowledge acquisition a priority.

“I urge students to take advantage of such competitions while in school and make efforts to acquire knowledge outside their classrooms by visiting libraries and reading in order to become better,” she stressed.

Highlighting on the theme for this year’s competition, “Public education, an essential factor for significant impact, growth and the development of Ghana,” Mrs Kusi urged the government to invest more in public education.

This she said, would provide equal opportunities for everyone and subsequently move the country to the level that everyone would be proud of.

Public Relations Officer for RMG Ghana, the headline sponsors of this year’s competition, Sylvester Kwame Osei, said they were pleased to be part of the event as they were interested in the growth of students in Ghana.

Students, he said, had the responsibility to learn hard to become whatever they wish and must be supported in the process.

“We are committed to the NCSQ and would also advise students to take up opportunities in the agricultural sector, where RMG operates,” he stated.

Founder of the NCSQ, Mr Albert Tetteh said they were pleased to organise another successful competition and looked forward to a bigger event next year as participating schools kept increasing by the year.

He expressed appreciation to the sponsors for their support and called on other corporate bodies to come on board to support the event aimed at promoting education in the country.

The Quiz Mistress for the event was Naa Kailey Tagoe and other dignitaries present were, Headmistress of University JHS, Kate Frimpong and Evans Nkansah of Greenfield Schools.

Caption: Winners, University JHS (with trophy) in a pose with dignitaries and organisers after the event

Murder of Headmaster at Asiakwa: 6 teenagers remanded in custody

Unemployed gets 4 months for peddling 'wee' 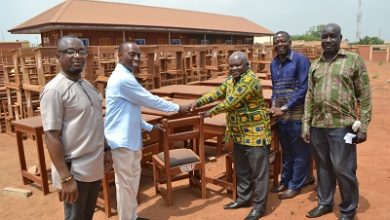 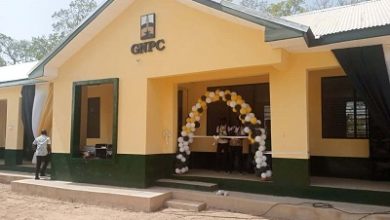 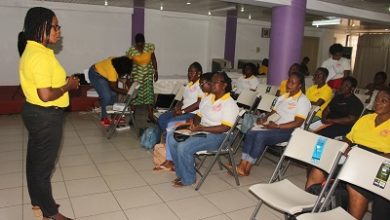