Tanzanian President John Magufuli, also chairman of the ruling party Chama Cha Mapinduzi (CCM), has said he is seeking re-election to enable him to complete unfinished projects that started during his first five-year term.

Speaking on Tuesday in capital Dodoma, Magufuli gave reasons for seeking the presidential re-election shortly after submitting forms from over 1,000,000 CCM members from across the country, who have endorsed him to be the party’s flag bearer  in the October 2020 elections.

“When I took office in 2015, CCM planned to implement a number of flagship projects. Some of them have been completed and a number of them are still under implementation. My wish is to complete implementation of the unfinished projects in the next five years,” Magufuli said in an address televised live by state-run Tanzania Broadcasting Corporation.

He mentioned flagship projects that were yet to be completed including the standard gauge railway, the 2,115 MW Julius Nyerere hydropower in the Rufiji river basin, an international airport in the capital Dodoma and the purchase of a new ship for Lake Tanganyika aimed at boosting trade with Zambia and the Democratic Republic of Congo.

“I believe with unity and hard work we can build a modern Tanzania that every citizen can benefit,” said Magufuli.

However, Magufuli admitted that the presidency was a post that faced various hard challenges, adding that “last night I slept for only three hours after I had spent most of the time dealing with issues”.

Bashiru Ally, CCM’s secretary general, said the ruling party’s top organs, including the National Executive Committee and the Central Committee will endorse President Magufuli’s presidential candidacy and submit his nomination to the party’s national congress for final approval on July 11.

If re-elected in the October elections, President Magufuli will serve his second and final five-year term until 2025 as provided for in the country’s constitution.

The elections will also be used to choose councilors and members of parliament.

According to Prime Minister Kassim Majaliwa, 29,804,992 Tanzanians have registered to vote in this year’s elections, compared to 23,161,440 voters registered in 2015. Tanzania has a population of about 55 million. -Xinhua 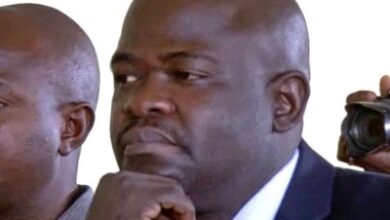