A Sword of Damocles may be hanging around the neck of the nation’s senior national team, Black Stars, if we fail as a nation to support them ahead of the forthcoming Africa Cup of Nations.

Many may not have noticed it.

The tournament is scheduled to take place in Egypt from June 19 to July 20, this year.

Grippingly, we are not backing the Stars enough as commentaries in the media, especially the electronic media, suggests.

It is sad as you hear some journalists and fans demonize the team at the least opportunity. This unhealthy style started since that embarrassing first round exit at the Brazil 2014 World Cup tournament.  So intense are the onslaughts that sometimes one begins to wonder whether we can ever look forward and build from the ashes.

The stark truth is that the Stars massively let the nation down in Brazil, not to talk about the discomforting manner some of the players held the nation to ransom by demanding cash before they feature for their country of birth.

It is about two years now since that ignominy which instantaneously gave Ghana a frayed image. The players themselves felt the shame and the strong rejection back home, promising to turn a new leaf.

Indeed, we have seen some stupendous performances from the team after the Brazil debacle as they almost won the African Cup of Nations in 2015 but lost the lottery of shoot-out to Cote d’Ivoire. That was a harrowing experience for many Ghanaians who had craved to see the Stars win the Holy Grail for the first time since their fourth glory in Libya 1982.

Treacherously, however, it seems that dream may never be realised now because some sections of the media and certain elements are trying to create animosity between the substantive captain Asamoah Gyan and his deputy Andre Dede Ayew.

On radio and other forms of media, there have been calls for Dede to take over the captaincy with the key explanation that the Turkey-based Gyan was not playing in a respected league, aside from being dormant.

“It will be better for Asamoah Gyan to give the Black Stars captain’s armband to Andre ‘Dede’ Ayew to save his career. The captain belongs to Andre Ayew,” one caller recently told Kumasi-based Silver FM. He gave no explanation to his proposition.

Though Dede had vigorously parried off any interest in the skipper’s band, Gyan does not seem comfortable with the situation, reacting rather piercingly that he is still the leader of the team.

We should be cautious as a nation in handling this captaincy issue. It can tear the Black Stars apart as it did in 1992 at the Senegal Nations Cup when the captain’s band was crudely snatched from Kwesi Appiah and given to Abedi Ayew Pele, Dede’s dad.

That irrational decision created nothing but factionalism in the team, culminating in the springing up of the Appiah and Abedi camps. It was really nasty and that era tore Ghana football apart.

Indeed, Ghana had, perhaps, the finest generation of footballers at the time who failed to qualify for the FIFA World Cup because of disunity.

Gyan and Dede are supposed to be good friends – just as Appiah and Abedi were, but we the media and the chieftains of our football managed to put the latter asunder. Let this not happen to the present duo. They do not deserve this kind of unnecessary tension!

For now, we should be thinking about building a united Black Stars team and planting into them a must-win character as far as next year’s Nations Cup is concerned. We have not won the trophy since Libya’ 82, about 37 years ago and that is unacceptable!

Govt to roll out RTI roadmap …for implementation of new law 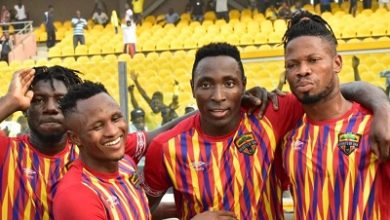 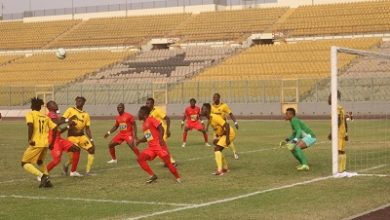 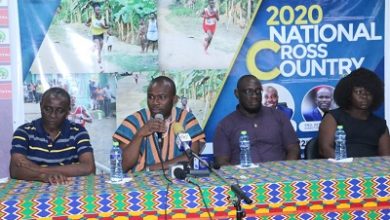 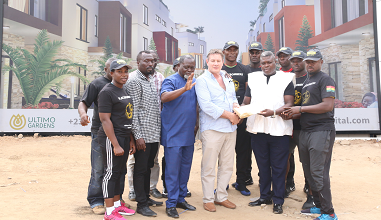