Chairman of Parliamentary Select Committee on Education, William Agyapong Quaittoo, has said concerns of stakeholders regarding the Public University Bill, 2020, have been incorporated into the revised version of the bill.

He said agitations which followed the second reading of the bill in Parliament on Tuesday only indicated that stakeholders were not abreast with provisions of the new bill.

Mr Quaittoo said consideration of the bill had been put on hold for stakeholders to have a second look at the revised bill and submit their concerns by Tuesday, December 22, 2020.

“Consideration of the bill at the plenary is on hold until we receive their inputs into the new bill on Tuesday. So, the bill will be passed only when we have considered the new inputs that they will bring,” he told parliamentary reporters after a meeting with stakeholders, in Accra, yesterday.

The House read the bill for the second time on Tuesday, pending the consideration stage for it to be passed before the House is dissolved on January 6, 2021.

The bill was withdrawn for further consultation with stakeholders in the education space following the public outcry that met its introduction.

However, the second reading has met similar opposition from the university community, civil society groups, and the minority, who all argued that passing the bill in its current form would stifle academic freedom of Ghanaian universities.

But, speaking with journalists in Parliament yesterday, Mr Agyapong-Quaitoo, MP Akim Oda, said concerns of stakeholders had adequately been addressed in the bill before the House.

“The issues they have brought up in our earlier meetings have been incorporated in this new bill and when we all come to a common ground, then we can pass it. We are working with them. We don’t want to pass any bill and those who will be affected by that bill would have concerns with.

“This bill has taken into consideration most of the inputs that they have made to us the first time the bill was brought to parliament. I can say that this revised bill is somewhat different from the first one,” he said.

According to the outgoing MP, the revised bill had addressed amongst others, issues of composition of university councils, which was a major point of disagreement between academia and government.

He said “there are quite of number of things that have been changed based on the inputs they gave us”.

Per the new bill, the governing council of every public university would consist of 13 persons including the chairperson, the vice chancellor and five others appointed by the President.

Other members of the council include institutional representations from the Ghana Education Service, Technical and Vocational Education and Training, the National Council for Tertiary Education and the University Teachers Association of Ghana.

‘2m children cut off from aid in Tigray’ 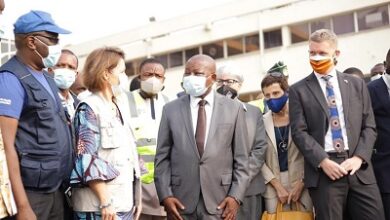 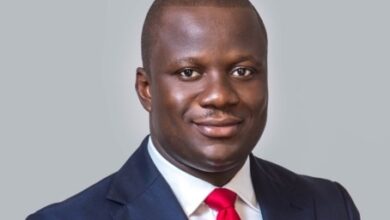