Maurizio Sarri was finally given the to become Juventus manager after the Italian champions a £7million compensation fee with Chelsea on Thursday night.

The two clubs struck a deal to bring an end to the protracted negotiations after further talks between Chelsea director Marina Granovskaia and Juventus sporting director Fabio Paratici, who flew to London to try and find a resolution, on Thursday.

Sarri, 60, had two years left on his £5m-a-year Chelsea contract. And the Blues were refusing to cave into Juventus’s attempts to land Sarri on the cheap. At one stage, Juve hoped they would land Sarri for nothing as they usually refuse to pay compensation for managers.

But Chelsea dug their heels in and forced Juve to cough up in another negotiation win for Granovskaia, who was holding out for as big a compensation fee as possible, a week after she made Real Madrid a deal worth up to £150m for Eden Hazard despite the Belgian having just one year left on his contract.

AFCON growth: From 3 nations in Sudan to 24 in Egypt 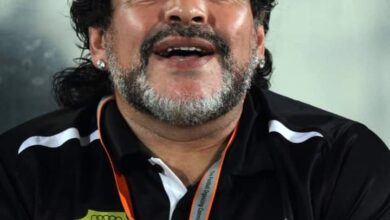