South Sudanese President Salva Kiir and visiting rebel leader Riek Machar on Monday agreed to speed up screening and registration of their forces that will form the unified 83,000 force to provide security in the country.

Henry Odwar, deputy head of the main rebel group the Sudan People’s Liberation Movement-In Opposition (SPLM-IO) led by Machar, said the latter’s arrival in Juba for face-to-face talks with Kiir has helped speeding up the security arrangements that include cantonment of forces.

“Machar today arrived in Juba and that’s a sign of commitment to peace. Today our meeting concentrated on security arrangements because it’s one of the fundamental provisions of this agreement,” Odwar told journalists in the capital.

“We deliberated on how we can fast-track, so that the necessary forces of 83,000 will be realised before November 11. Yes, we do have challenges and we pray that we overcome those challenges,” he added.

Cabinet Affairs Minister of South Sudan Martin Elia Lomuro said the latest development indicates that they will be able to form the much-awaited transitional unity government by November 12.

The warring parties failed to form the transitional unity government in May and both agreed to a six-month extension with only three months remaining amid regional and international concern over delays.

“Cantonment is progressing very well, we have 20 cantonment sites in progress, forces are being screened, registered and we are fast-tracking them as soon as this group is screened and divided into army, national security and police,” said Lomuro.

He disclosed that they have set a minimum standard of at least forming a force of 41,000 if they fail to arrive at the expected 83,000 force they earlier agreed upon.

“What we want to do is to have a force that is ready for the government to be formed by November 12,” he said.

“We have contributed 33 million U.S. dollars, we have brought food from Khartoum, and we are transporting them to cantonment areas. Teams have gone down with registration forms, money to buy local food for emergencies,” said Lomuro.

South Sudan descended into conflict in December 2013 after Kiir sacked his deputy Machar, leading to fighting between soldiers loyal to the respective leader. The conflict killed tens of thousands and displaced millions both internally and externally. A peace deal signed in 2015 collapsed after outbreak of renewed violence in July 2016, forcing Machar to flee the capital. -Xinhua

The fight for Benin’s democratic future 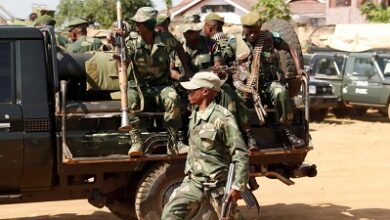 More than 100 killed in clashes in Ethiopia’s Afar, Somali regions