After weeks of political turmoil including violent protests, an alleged coup attempt and the emergence of two competing prime ministers, Guinea-Bissau is holding a presidential election on Sunday that many hope will usher in a semblance of calm.

The vote will pit President Jose Mario Vaz against old rival and former Prime Minister Domingos Simoes Pereira, and 10 other candidates seeking to draw a line under five years of turbulence under Vaz characterised by high-level sackings and a barely functioning parliament.

“As soon as a new president is elected, Bissau will turn one of the gloomier pages of its history,” said homemaker Virginia Mendes on her way to the shops in the capital Bissau this week.

Pereira, who has styled himself as a moderniser, is seen as the front-runner by political observers in Guinea Bissau and internationally.

Whatever the result, the vote represents a milestone of sorts for Guinea Bissau, which has suffered nine coups or attempted coups since independence from Portugal in 1974.

The West African country’s scattered Atlantic islands, mangrove mazes and unpoliced waters have made it a paradise for adventurous tourists and cocaine traffickers en route from South America to Europe.

Vaz will be the first democratically elected president to have completed a full term in the country of 1.6 million.

“It used to be coups and assassinations and now it’s the busy politics of coalition and all sorts of political manoeuvring,” said Vincent Foucher of the French National Centre for Scientific Research.

The next president will inherit difficulties caused in part by the political system, in which the majority party or coalition appoints the government but the president has the power to dismiss it in certain circumstances.

A pre-election crisis arose from a long-running power struggle between Vaz and the ruling party that has led to a carousel of seven prime ministers since he took over in 2014.

In the latest round of prime-ministerial musical chairs, Vaz fired premier Aristides Gomes on October 29 and appointed a successor to him, but Gomes refused to step down.

For around 10 days, the country had two prime ministers until Vaz backed down under pressure from the international community, which said his moves were illegal. -Reuters 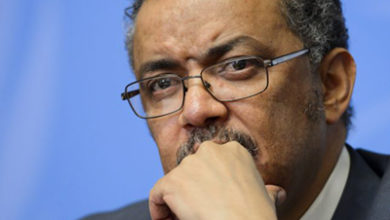 Mali goes to the polls despite COVID-19 fears