The bodies of a German woman and her daughter, who were allegedly murdered and buried by the woman’s Burkinabe partner, at Kokrobite, in Accra, have been exhumed by the police, following a court order.

The deceased, Claudia Weizmann, 53, and her daughter, Katja Opper, 14, have been taken to the Police Hospital mortuary, in Accra.

She said coroner forms have been filed at the court for pathological examination on the bodies.

DSP Tenge stated that the suspect, Boigouna Aloys, has been remanded into police custody by an Accra District Court, till October 22.

She said the German Embassy in Accra has been informed of the death of their two nationals.

Ghanaian Times in its Thursday, October 8, 2020, issue,  reported that a 43-year-old Burkinabe was arrested by the police for allegedly murdering his German partner and daughter at Kokrobite in Accra.

The woman and her daughter, Katja, were reportedly buried in the bush at a compound by the suspect, identified as Aloys.

The deceased,  were reportedly known to be living together with the suspect since January, this year, until their sudden disappearance.

A strong stench from the compound raised suspicions among neighbours about the possible murder of the woman and her daughter.

The neighbours reported the case to the police at Kokrobite, and  the police visited the place where the two bodies were suspected to have been buried, and Aloys was arrested.

Investment in water, sanitation and hygiene critical amid COVID-19 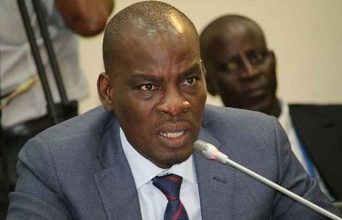