oday, we’re proud to announce another milestone: the number of network operators that commit to the Mutually Agreed Norms for Routing Security (MANRS) has surpassed 300.

The current number of network operator program participants stands at 322. These Internet Service Providers (ISPs) joined the initiative by showing their conformance with the actions to improve the resilience and security of the Internet’s routing infrastructure.

This includes operators in more than 60 countries across all continents; with Brazil leading the way with nearly 70 MANRS participants, followed by the US with nearly 50.

According to BGPStream, the number of reported routing incidents was on the decrease from 2017 to 2019 (see chart below), while the number of MANRS participants grew in the period. While this does not mean one caused the other, a correlation between the two can be observed.

The MANRS community has grown rapidly through its other programs, too. In 2018, the initiative expanded to include Internet Exchange Providers (IXPs), which now has 48 participants committed to the MANRS IXP Programme.

The three programs each have their own set of actions that are based on industry best practices, being developed and approved by community-driven task forces. Together, this growing community has taken concrete actions to secure more of the global Internet.

Awareness of MANRS and routing security in general has also been increasing in the wider world. In January 2020, a World Economic Forum (WEF) report recommended that ISPs should strongly consider joining MANRS to improve the security of the Internet’s global routing system.

MANRS shows that when the community comes together to create a baseline of routing security for network operators around the world, we can protect the core of the Internet. The growth of the community also shows there is an increasing sense of shared responsibility among network operators. Whilst no single operator can improve the Internet’s routing security alone, it is through collective actions like MANRS that progress is made.

Looking ahead, we aim to continue growing community adoption of MANRS by mobilizing other external communities with an awareness of MANRS, by improving monitoring and measurement of routing security, and by building capacity among network engineers around the world.

Whether you run an ISP, IXP, CDN or cloud network, please join the growing MANRS community to protect the Internet ecosystem together by signing up online.Mutually Agreed Norms for Routing Security (MANRS), Strengthening the Internet

Disclaimer: Viewpoints expressed in this post are those of the author and may or may not reflect official Internet Society positions.

Coronavirus: Zoom is in everyone’s living room – how safe is it? 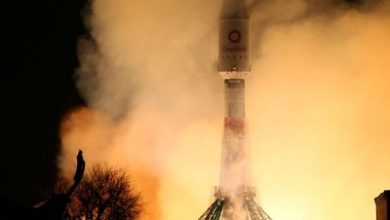