John Boadu, the General Secretary of the New Patriotic Party (NPP), has made his assessment of commitments, dedication, determination and propositions of the NPP in which the party is working systematically to fulfil campaign promises.

He explained that the Nana Akufo-Addo-led administration had begun fulfilling its campaign promises, and will fulfil every single promise he made on the campaign trail in the round-up to the 2016 elections.

“When we came into office, we were met with huge debts and no money, it is for this reason that we put in place the appropriate measures to strengthen our monetary system, the growth and development we promised the citizenry can be fulfilled.

“The government of President Akufo-Addo is absolutely on course, we are systematically working to deliver on each of our promises through commitment, determination, dedication and propositions towards the provision of the requisite infrastructure for businesses of the transport unions and transport owners to thrive.

“The government has also ensured that the country’s finances have been placed on a solid footing, and are gaining strength to ensure the fulfillment of its promises and the NPP’s ability to deliver on its promises in just two and a half years is an indication of what the party can do for the citizenry if maintained in power,” Mr Boadu assured. -kingdomfmonline.com 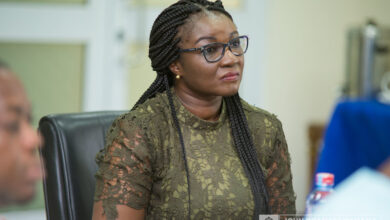