NICHOLAS Tetteh, 28, described by the police as a notorious laptop thief has attributed his kleptomaniac tendencies to unknown forces and pleaded with the media not to report on his latest arrest.
Tetteh was nabbed at dawn on Monday after he sneaked into a room at the Bob Hostel, near the Ho Technical University and stole a laptop computer and GH₵ 1,000 belonging to a student at the facility.
Assistant Superintendent of Police (ASP) Alex Yeboah in-charge of the Ho municipality told the Ghanaian Times in Ho on Monday that the suspect gained access to the hostel by scaling the wall and dislocated his leg in the process.
He said that the injury, notwithstanding, Tetteh who was armed with screw driver and knife pursued his motive and sneaked into the hostel to steal the items.
However, he was spotted by some of the students who arrested him as he attempted to leave the hostel at about 3am.
The students subsequently called the police night patrol team who acted swiftly and turned up at the hostel.
ASP Yeboah said that, but for the timely arrival of the police at the scene, the angry students would have lynched Tetteh.
According to the Ho municipal police commander, Tetteh was based in Accra, but often travelled to Ho to raid students’ hostels to steal laptops to sell in Accra.
Tetteh often slept in uncompleted buildings in Ho and waited for night to fall before carrying out his nefarious activities, ASP Yeboah revealed.
Speaking to the police in the presence of the Ghanaian Times, Tetteh said that he had tried many times to reform and turn away from crime, but could not succeed.
Tetteh, who claims to be a professional driver, said that several attempts by his parents who committed resources towards reforming him also turned futile.
The suspect pledged to co-operate with the police in their investigations into the matter and other previous cases in which he stole laptops, saying he would lead the investigators to the various spots where he sold the stolen computers.
He then turned to this reporter as he fought back tears and said: “My cup is now full. Please, do not publish me because I am trying to become a good citizen for the country.”
ASP Yeboah said Tetteh was also found to be in possession of another laptop computer which was not from the hostel.
Investigations continue. 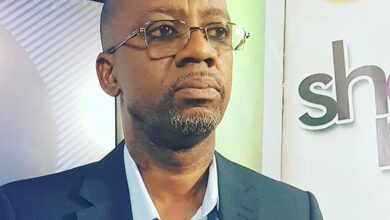 Contempt case against Rex Omar, 14 others adjourned to May 17

Retired teacher in court for incest