Nigeria’s Defence Minister, Bashir Magashihas urged citizens to be alert in the wake of rising attacks on villages by armed gangs.

He told journalists that people should not be “cowards” when confronted by gunmen who “at times carry few ammunition”.

He said it is the responsibility of everybody to keep alert and find safety when necessary. ‘But we should not be cowards. At times the bandits will only come with about three rounds of ammunition, when they fire a shot everybody runs. I do not know why people run away from a minor thing like that. They should stand.’

‘Let these people know that even the villages have the competencies and capabilities to defend themselves.”

The minister’s comments came a day after gunmen killed a school pupil and abducted 27 other children in a night-time raid at a boarding school in north-central Niger state.

Three members of staff and 12 of their relatives were also abducted, according to state governor, Abubakar Sani Bello.

On Monday, about 20 people who were returning from a wedding ceremony were abducted after an attack on their bus in Niger state. Their fate is unclear.

The Nigeria Defence Minister comments has shocked many people who say the minister appears to be shifting responsibility for security to the unarmed civilian population.

Criminal gangs are carrying out deadly attacks and kidnapping people for ransom on an almost daily basis. 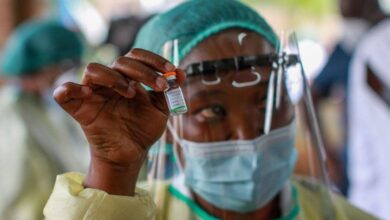 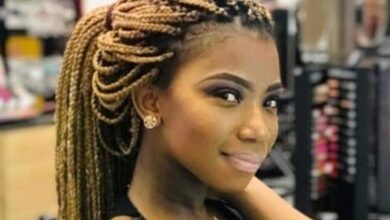