The Minerals Commission will provide free fertilisers to farmers engaged in the oil palm plantation project in mining areas.

Board Chairman of the Minerals Commission, Sampson Kwaku Boafo who disclosed this on Friday, said the provision of free fertilisers was one of many interventions the Commission would execute to support farmers and ensure the success of the project aimed at providing alternative source of livelihood to former illegal miners.

He was speaking here at Akwatia in the Denkyembour District in the Eastern Region during an inspection tour of some of the plantation farms by members of the Board.

More than 600,000 oil palm seedlings produced by Richie Plantations at Akwatiakwa in the Akuapem North District had been distributed to farmers in various communities in the Eastern Region.

According to Mr Boafo, the visit to the farms was to enable the Board observe at first hand the challenges confronting beneficiaries of the project and make needed interventions in support of the farmers.

The Board, he said, had been considering the provision of fertilisers in support of the farmers who were cultivating on reclaimed lands.

“We have long discussed the need for the farmers to be given fertilisers to support their work. All these farms we have visited today were reclaimed so naturally it lacks the nutrients to support plant growth. We took the decision to provide them with fertilisers but we have to come and see and hear from the farmers their concerns so that we address them wholly,” he stated.

To limit the associated cost of the intervention, the Commission, he explained, would explore some fertiliser purchasing arrangement with the Ministry of Food and Agriculture (MoFA) which is already involved in the provision of fertilisers to Ghanaian farmers.

He said the Commission would expedite payment of maintenance allowance to farmers and ensure that the necessary support was given to the farmers to improve their farming activities and enhance their livelihoods.

Chief Farmer of Akwatia Community, Nabah Kingsford, said although the project had generated interest for farming in the area, more interventions would be required to ensure its success due to the nature of the land.

He reiterated calls for the provision of fertilisers and other support to spur the farmers on “because we are willing to do more if support is available to us.”

He further appealed to the government to establish an oil palm processing factory in the area and make ready available markets for the expected large yields of oil palm.

Seth Birikorang Ofosu, District Chief Executive of Denkyembour, asked the Commission to provide more seedlings to meet the demand from farmers in the area.

The oil palm plantations project was one of the Alternative Livelihood Programmes introduced by the government in 2018, to serve as source of livelihood to persons who were previously engaged in illegal mining.

Abedi: I did not lobby for Black Stars captaincy 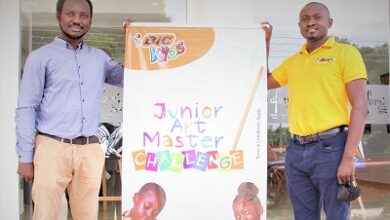 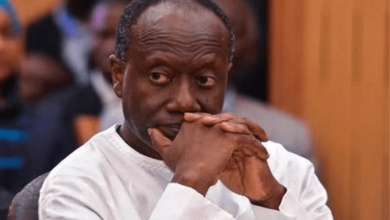