AT last, the Ghana Police Service has confirmed that the four Takoradi missing girls have been killed.

The police, announcing the sad news at a press conference in Accra on Monday, said the skeletal remains of the four girls retrieved in Sekondi-Takoradi in the Western Region, are those of the missing girls.

The four girls, who went missing at various places in the Sekondi-Takoradi Metropolis between August 28 and December 28, 2018, have become a source of intense public discussion for close to a year.

The controversy surrounding the matter is well-known and public knowledge andtherefore we are not going into the details.

Our concern however, is the debate that has ensued following the release of a forensic and DNA test conducted by the Criminal Investigation Department (CID) of the police that confirmed that indeed the remains are those of the girls.

This revelation has provoked another debate that is further damaging the police.

Sections of the public have blamed the unfortunate incident on the police, accusing them of not handling the matter efficiently. Some are even calling for the dismal of the CID top hierarchy.

The Ghanaian Times understands the emotion that the situation has drawn especially on the part of the bereaved families and close associates.

However, we call on everyone to remain calm as the name calling and blame game would not bring the girls back.

Although we share in their view that the police could have put in more effort which could have probably saved the girls, we do not think bastardising the service is the way to go.

The Police Service, irrespective of their shortfalls, remains the law enforcement agency mandated to protect the citizenry and the first port of call on crime and related issues.

We should give the police the needed cooperation to serve the country well.

The Police, on the other hand, should realise that their image has been dented while the public seem to be losing confidence in them.

The service must take steps to redeem their image and dwelling publicconfidence by ensuring that similar case that come in the future and other crimes pending investigation are handled in a more professional manner.

The speed and efficiency with which they handle their cases must see a positive change. They must step up their investigative skills and truly help rein in crime as mandated.

The prosecution of the culprits presents an opportunity for the police to redeem to some level. The service must not fail to ensure that the culprits are brought to book and given the punishment they deserve for the heinous crime.

This kidnap saga brings to the fore the need for an opportunity to be created for the citizens who are not satisfied with the handling of a case to seek redress.

That, we believe, would help relatives of victims and even victims of crime themselves get closure.

As the entire country mourns the deceased girls, we, at the Ghanaian Times offer our condolences to the families of the four Takoradi girls and pray they overcome the pain soon.

Ghana to maintain protocol despite WHO’s definition of COVID-19 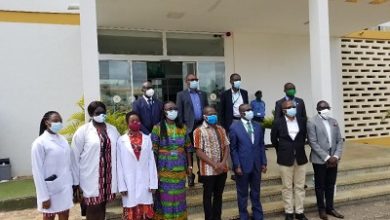