Laboratory results about the actual disease that has struck hundreds of cows at Dedenu in the South Tongu District in the Volta Region would be released on Wednesday.

The District Veterinary Services Director, Dr Jehadi Osei-Bonsu who disclosed this here last Friday, said even though foot and mouth disease was suspected, Wednesday’s results would disclose the actual disease.

This followed a visit by a team of veterinary experts to the area and took samples of the affected animals including the carcass and studied the environment as well as the source of feeding and drinking water.

The veterinary team’s visit was as a result of the Ghana Times report last Friday of  a strange disease that has hit herds of cattle at Dedenu, a suburb of Yorkitikpo and its environs in the South Tongu District of the Volta Region.

The disease called “suffer” by the cattle owners due to the enormous suffering of the affected cattle, has so far killed over 30 cows within 10 days.

The disease is said to begin with swollen and bleeding hooves and later metamorphoses into dark spots on the animal leading to the swelling of the joints and tongue rendering the animal unable to feed or drink water resulting in rapid weight loss.

The animal after few days starts dripping saliva from the mouth and unable to move.

The community has more than 30 kraals with over 3000 cattle.

The cattle owners who have been battling the disease for the past years seemed to have lost hope when they told the Ghanaian Times those results of laboratory analysis of samples of the cattle taken two years ago have not been made public while they spend huge sums of money to vaccinate and treat the animals each year.

However the District Veterinary Services Director, Dr Jehadi Osei- Bonsu speaking to the Ghanaian Times said the preliminary investigations had begun and results of the laboratory analysis would be ready on Wednesday.

According to him, over 300 animals have been affected by the disease because they feed and drink from the same area.

Dr Osei-Bonsu said the disease, which he suspected to be foot and mouth disease does not kill per say but the animals die because they could not feed.

He stated that the cattle owners made a serious mistake of not informing the directorate because they do not charge any fee for diagnosis but only charge treatment fees.

He said there was no animal disease called suffer adding that the name was coined from a medication called suffer that is used to treat animal foot disease.

Police, military out in full force …as they step up operatives to enforce partial lockdown 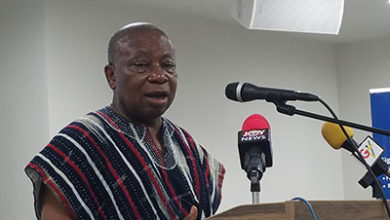 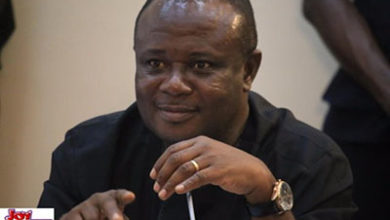