Nana Bassaw, an informant, who deceived the police that Anthony Mensah, is a suspect in the murder of New Patriotic Party (NPP) Takoradi Constituency treasurer, Mark Ofori, was yesterday sentenced to six months imprisonment by the  Takoradi Circuit Court B.

He was also fined GH¢3,000, in default, Bassaw, also known as Born Black, would serve another six months.

The court, presided by Miss Abigail Animah Asare, also asked Bassaw to sign a bond to be of good behaviour for two years, or in default serve two years imprisonment.

Counsel  for  accused,  pleaded with the court for  mitigation,  and  also  for his client to  be  bonded to be of good behaviour, but the court remanded the accused in police custody to reappear for sentence.

Bassaw pleaded for mercy and mitigation crying “My Lord I have kids and my wife is deceased. I, therefore, plead with the court for mercy and Mother Ghana to forgive me.”

About two weeks ago, the police night patrol team arrested Mensah, at Amanful, a suburb of Takoradi, after an informant had alerted them that the victim supplied weapons for the murder of the NPP Takoradi Constituency treasurer, Mark Ofori, 33.

It, later, turned out that, Mensah was framed-up. 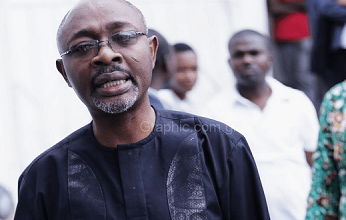 African Court throws out Woyome’s application for review of judgement

SC: Investigate why Ofosu Ampofo failed to appear in court 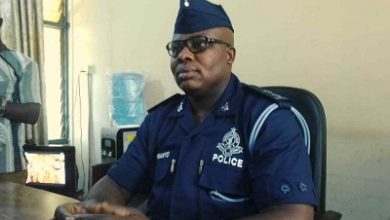