Stand-in Coach of Accra Hearts of Oak, Samuel Nii Noi has urged the playing body to remain focused after the hard fought victory over Ebusua Dwarfs in Accra on Sunday.

According to him, it was important to stay focused and concentrate on the next task instead of becoming complacent as fans shower praises on the team for the hard work.

In his view, the manner of Saturday’s win was a clear suggestion there are no minnows in the championship; the reason why every team must prepare well for games.

He made these remarks after Saturday’s 3-2 victory over Dwarfs in their week 15 clash at the Accra Sports Stadium.

Hearts took a commanding 2-0 lead in the first half with goals from the spot as Victor Aidoo scored after Patrick Razak was brought down on two occasions.

But Dwarfs staged an inspiring second half performance to level the scores but succumbed to a late goal from Isaac Mensah.

According to Coach Nii Noi, it was important to celebrate the victory but after that, they will be faced with the next game and must be ready for it.

“It is time to be focused and that is what we are doing. We have games to tackle, and we are going back to sharpen the rough edges of our game and face our next battle against Liberty Professionals.”

Coach Nii Noi said it was too early to shower praises on him for his first win, saying that the playing body should take the praises for the victory.

The coach, who joined from the club’s feeder side, the Royal Oaks, took charge of the team following the resignation of Kosta Papic last week and has overseen his first victory.

“Let’s give the praise to the players. They played very well. They were focused, they showed hard work and commitment and those are the virtues that can take us to the Promised Land.”

The two-goal hero and NASCO Man of the Match award winner, Victor Aidoo, revealed that although events of the past week have not been the best, the playing body has not put their minds to them.

“We are determined to win each game we play and that is the mentality we came into this game with. At 2-2 with six minutes time added on, we nearly gave up but as professionals, we were spurred by the club’s motto “Never Say Die.”  We held on, kept pushing until we secured the leader again.”

“Right now, our focus is on the next game against Liberty Professionals in midweek; we will find a way to scale that hurdle before we start preparation for the epic encounter against Kotoko, a match a lot of our fans want to witness.” 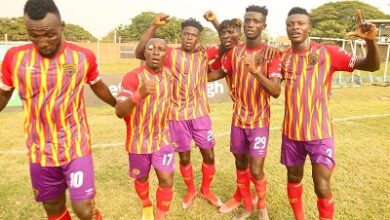 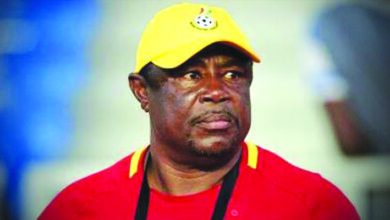