The Minority Leader, Haruna Iddrisu has said the monetisation of partisan politics is creating an unstable parliament and endangering the country’s democracy.

Mr Iddrisu who is also the Member of Parliament (MP) for Tamale Central said the phenomenon has led to a high attrition rate in the House.

Speaking at a forum recently on the need to nurture career MPs, Mr Iddrisu explained that the canker has affected parliamentary activities.

“More recently, the monetisation of our democracy that will not only create an unstable parliament but will undermine the entire democratic process and denying the people of Ghana what is described as democratic dividends,” he said.

Haruna Iddrisu further lamented what he believed was the dwindling number of MPs interested in the real work of lawmaking in the current parliament.

“It appears today that democracy in Ghana is on sale when it comes to competitive democratic politics.

If you were to ask me to make an assessment, even when it comes to legislative drafting, I cannot count more than six to 10 MPs, particularly among the young ones that we call newcomers.”

The MP added that, “I probably can narrow down to only five newcomers who are interested in the rudiments of lawmaking.”

Siding with Mr Iddrisu, Majority Leader Osei Kyei-Mensah-Bonsu also added that the work of lawmaking requires a lot of experience adding that MPs need to serve longer terms in the House to effectively execute their mandate.

“Coming to terms with lawmaking is not a one-term or two-term business. The longer a person stays in parliament, the better he becomes in this endeavour,” he said.

Relatedly, the Ghana Centre for Democratic Development (CDD-Ghana) recently said the electorates hold a solution to the monetisation of politics in the country.

This, the CDD explained could be done through the resolve of electorate to vote out politicians culpable of vote-buying.

“The only way to stop it is for us to get them to know that this is not the way to go. We should make them sign to it that we would vote for the candidate that do not accept bribes or pay for the primaries,”Executive Director, Professor Henry Kwasi Prempeh said.

Prof. Prempeh spoke on the sidelines of the launch of CDD’s Manifesto Project in Kumasi.

Hajia Zakaria was cited in CDD’s Corruption Watch arm investigation to have used her centre’s funds to induce New Patriotic Party delegates to vote for her in the party’s recently held parliamentary primaries.

Across the political divide, politicians have continue to use financial and material items to influence voters during polls. These have become recurrent, though alleged culprits continue to deny such allegations.

He pointed out that it was part of governance issues inhibiting development, despite Ghana’s success in peaceful election and power transfer for nearly three decades.

“We are doing some of the democracy things right but the outcome has still not been  impressive. If we do not do governance right, we risk losing some of the gains made so far,” he added.

Sexual harassments to be addressed in Labour Act 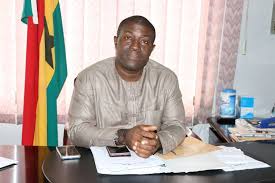