Some residents of Tamale yesterday morning, took onto the streets to express anger and disappointment over the poor state of the metropolis’ inner-city roads.

It comes few days after the president cut sod for the construction of an interchange in the city, first of such infrastructure in the northern part of the country.

Residents of Gumbihini, where a court litigation between the city authorities and some landlords has stalled the construction of a road and drainage system, drummed through the streets to the Tamale Metropolitan Assembly building, where they held tree branches and chanted songs of frustrations to demand immediate resumption of the projects.

Gumbihini is a flood prone area where flood disaster occurs every year. In 2017, when a major flood catastrophe hit the metropolis, the Mayor, Musah Superior, directed the demolition of all houses and structures built on waterways.

In 2018, the assembly secured funding for construction of the Gumbihini area roads and drain projects, and residents to be affected were timely compensated and given timeline to vacate for the works to begin.

Majority of the affected landowners have evacuated but the projects faced fierce resistance from four neighbors who have dragged the assembly to court in protest against destruction of their properties.

The assembly, which was racing to finish the projects before the rains sets in, has been forced to abandon the infrastructure.

Angered by the development, the community members came out publicly to accuse the individuals of blocking infrastructural development to the area and petitioned the assembly to use force to push them out.

Mr Superior was out of office when the demonstrators arrived and officials of the assembly received the petition on his behalf.

“We have just received this petition from the Gumbihini community, led by their group leader in respect of the road project that has been stopped due to litigation by the four households.

“This is a demonstration by the people of Gumbihini they really need the project and would support the assembly to proceed with the project, regardless of the obstacle brought, which is the legal suit by the landlords, we will study the petition and act on it,” Mr Issahaku Musah, an official of the assembly said. 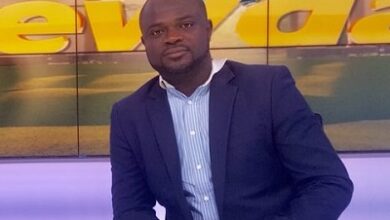