Manchester City boss Pep Guardiola played down his side’s 2-0 victory against Manchester United in the Premier League on Wednesday night.

Guardiola explained how his side approached a United side that was looking to counter, saying: “I understand the pressure we have and obviously here at Old Trafford with Marcus Rashford and Jesse Lingard running behind. I told them we needed to play to win, it doesn’t matter if we concede.

“Now we go to Burnley and we know how tough it will be. It’s important to be calm. We are still not champions with three games left – it’s incredible with the points we have and Liverpool have.

“I told the players don’t read tomorrow, don’t watch the television, just rest and sleep a lot and go in there against Burnley.

“We knew without Romelu Lukaku they would try more run in behind. The chances we lost came from us losing simple balls in the middle and we changed things in the second half, with Ilkay Gundogan in the middle and with Leroy Sane on we were more dynamic.

“Both teams deserve the title. But it can be just one. The team that is going to lose can’t have regrets because they have given everything. Normally with this kind of victory you can it enjoy it the most but we have to be calm.”

Manchester City captain Vincent Kompany refused to lose focus on the games to come, saying: “We didn’t start as well as we’d have liked it but that can happen.

“It’s significant because it’s a derby. In the league, nothing is played out yet. Burnley is a difficult away game next and there is plenty to play for both for us and Liverpool. We will deal with the other games in the next days.

“We need three wins. We cannot expect the opponent to drop points. We’ll get back into our routine and if everyone does the right thing and this team prepares well we always have a big chance to produce a good performance.”

City goals scorer Leroy Sane said the victory came as a result of the side’s commitment to their game plan: “It was a difficult game. The first half we had problems but in the end we did it well. We were patient and played our game.

“Pep Guardiola always tries to help us to see what we did not so good, as well as what we did good, showing us examples [at half-time]

“In every game if you sit on the bench you hope to come on. Especially in the derby. I was waiting and hoping.

“When Raheem passed the ball I knew I had to react quickly.

“We just try to enjoy and work hard and focus on us. It’s in our hands.” 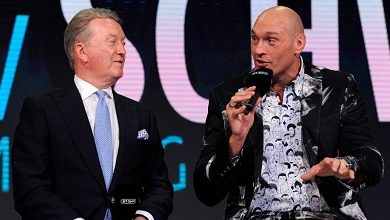 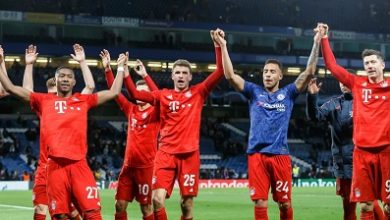