The award would be organised in partnership with De Tabernacle Light (DTL) World and Degraft PR Consultancy.

It seeks to honour women for the vital role they play in raising and nurturing children as well as the significant contributions they have made in developing the economy.

Speaking in an exclusive interview with Times Weekend in Accra on Tuesday, the Chief Executive Officer (CEO) of the foundation, Ms Dominica Nana Esi Amankonah, explained that the award was first of its kind introduced to acknowledge dedicated mothers.

She said women pass through lots of hardship and complications during child birth and nurturing of children, thus needed to be honoured for the vital role they play.

Ms Amankonah noted that women had been a pillar of success to the country’s progress and when given the necessary platform to be honoured, it could inspire others, especially single mothers to work tirelessly in securing better future for their wards.

The ultimate winner, she said, would take home a car and other great prizes, thus urged mothers to partake in the award scheme.

Ms Amankonah called on individuals, cooperate entities, organisations and philanthropists to partner her outfit to honour the mothers of the country next year.

She stressed the need for collaboration to bring community together to ensure the voices of women, children and families were at the forefront in national development.

“The nomination forms are available at Kassapa fm, interested people should also follow my social media page to get updated on means to secure the forms,” she added. 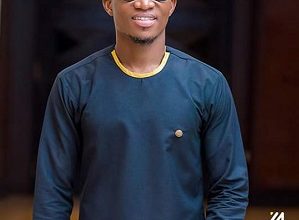 Impact of coronavirus on Creative Arts: stakeholders speak out