The management of the Ghana Education Service (GES) has asked prospective first year Senior High School (SHS) students to exercise patience as they go through the processes of accessing their placement on the Computer School Selection Placement System (CSSPS).

This follows barrage of complaints from both parents and some prospective students about the slow and inaccessible nature of the portals announced by the GES.

Some of the students who spoke to the Ghanaian Times said the process had been slow and frustrating, making it difficult for them to access their placement.

Miss Monica Mintah, a prospective student said she’s been trying since the GES announced the official opening of the portal since Sunday but had not been able to access her placement as at Tuesday.

She said even though a few of her friends had been able to access their schools, majority of them were yet to know their fate due to the inaccessibility of the portal, “I purchased the voucher for GH¢10 and I have been trying to find out which school I have been placed in since Sunday evening but as I speak to you now I have not been able to do so. The worrying aspect of the issue is that I am not the only one.”

However, the Public Relations Officer (PRO) of the Service, Mrs Cassandra Twum-Ampofo has assured that every student would be able to access his or her school before school reopens on September 15.

She said the challenge prospective students were going through was as a result of the mad rush by the students to know which school they had been placed.

“We anticipated such a challenge because of the last two years’ experiences and that is why the service decided to add one more portal to the existing one. It was to reduce the volume of traffic and free the system for easy accessibility,” she said.

She said the Portals for accessing this year’s placement were the cssps.org and cssps.gov.gh and students could use any of the two in accessing their placement.

Mrs Twum-Ampofo explained that they were monitoring the situation closely and could assure that a lot more people had been able to access their school placement since the portal was opened on Sunday evening.

She, therefore, called on both parents and prospective students to be calm and go through the process since no student would be left out.

Mrs Twum-Ampofo said centres had been created across various regions to assist candidates who would have or had issues with their placement.

The Service formally announced that all candidates who passed their Basic Education Certificate Examination (BECE) had been placed into various SHS, vocational and technical institutes for the 2019/2020 academic year.

In all, over 490,000 prospective students had been placed across the 721 schools across the country, with those on the Green Track under the Double Track system expected in school by September 15. 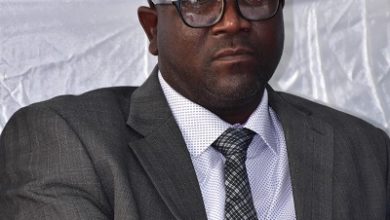