GCNet has successfully deployed a Trade Facilitation Platform (TFP) to enhance the ease of doing business in the country, Communications Manager, Aba Lokko has said.

The TFP replaces the Electronic Ministries Departments and Agencies platform and the Ghana Integrated Cargo Clearance System, which were previously used to process business application and clearance of goods.

Mrs Lokko who disclosed this to journalists on the sidelines of the GCNet stakeholders’ health walk at the weekend, said the move formed part of the technological innovations being introduced by the company to enhance the ease of doing business in Ghana and improve government revenue generation.

About 300 staff and stakeholders participated in the health walk which started from Ayi Mensah through Peduase Lodge to the Aburi Botanical Garden.

She explained that the TFP which was currently being piloted in Takoradi provides the avenue for business applications and clearing of goods at the country’s ports to be done electronically.

With the TFP, Mrs Lokko said, it was possible for all the organisations in charge of  business registration and clearance of goods as well trade facilitation sector to share and access information simultaneously.

“Ghana is among the few countries in Africa, which have been able to deploy the TFP system,” the Communications Manager of GCNet said.

Mrs Lokko said GCNet was playing a critical role for revenue generation in the country, pointing out that the company was providing the platform and infrastructure for the collection of about 95 per cent of domestic revenue.

She said the company had also deployed the Ghana Customs Management System – three in the management of Customs offices of the Ghana Revenue Authority across the country.

The deployment of the GCMS, the Communications Manager said, was to enhance user experience, stressing that the feedback received by the company indicated clients were happy about the system.

She said the infrastructure for the programme was being put in place and consultations with stakeholders were currently underway and was hopeful by the end of this month, the programme would be rolled out.

The First Port Rule programme is meant to ensure that the country’s landlocked neighbours who used Ghana’s ports to clear their goods paid all their customs and clearance duties here before transporting their cargo to their country.

“If goods cleared from the country’s ports by their landlocked neighbours, were diverted, Ghana would have already collected the duties due the country to prevent revenue loss and improve government revenue mobilisation,” she said.

Touching on the way forward for GCNet, Mrs Lokko said the company, which is sixteen years old was here to stay.

According to her, the company was diversifying its business operations from revenue generation to E-Health in order to respond to the changing socio-economic need of the country.

She said currently, GCNet in partnership with the Ghana Health Service and some private hospitals in Accra were piloting the Surveillance Outbreak Resource Management Access Information System for 33 District Hospitals in the Greater Accra Region for disease prevention and collection to help in health decision making.

Touching on the health walk, she said the programme which started last year was to provide for staff of the company and its stakeholders to exercise to promote good health and mind.

WHAT AT ALL HAVE WE BEEN DOING TO OURSELVES? 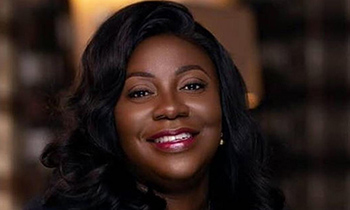