GCB Bank sustained its profit growth trajectory in the 2019 financial year underpinned by strong revenue growth and posted a Profit before Tax of GH₵573.67 million.

The Board Chairman of GCB Bank, Mr Jude Arthur who disclosed this at the bank’s 26th Annual General Meeting (AGM) held virtually last Friday in compliance with the Imposition of Restriction Act 2020 (Act 1012), attributed the bank’s impressive financial performance to its strategic focus of growing the balance sheet and diversifying the bank’s income base, underpinned by a robust risk management framework, strengthening of the Internal Audit and combined assurance functions.

In view of the sterling financial performance of the bank, the Board Chairman said the bank declared a dividend of twenty pesewas per share.

“Even though the Bank of Ghana (BOG) had placed a temporary ban on the payment of dividends due to the potential negative impact of Covid-19 on the liquidity and solvency of banks, GCB was given the permission to pay dividends due to the bank’s impressive financial performance and a case made by the bank to the Central Bank to outline measures put in place to ensure sustainable growth,” he said.

He said total deposit also increased by 18.4 per cent to GH₵9.82 billion from GH₵8.30 billion in 2018, making GCB the number one ranked bank in terms of deposit and asset size in the banking industry.

Commenting on the impact of Covid-19 on the bank’s operations, Mr Arthur stated that the Board has developed measures to combat the effects of the pandemic on both the bank and its clients.

He said measures adopted include staff rotation and working from home, stringent adoption and adherence to Covid-19 principles in the workplace, capital expenditure prioritisation and provision of  concessionary rates and moratorium on principal and interest on loan facilities.

Mr Arthur stated that GCB Bank invested GH₵10.37 million in CSR activities for 2019 as compared to GH₵5.62 million spent in 2018 largely in the areas of health, education, environment and sanitation.

On the way forward, the Board Chairman stated that over the past few years GCB has embarked on an aggressive digital strategy aimed at enhancing the frontiers of branchless banking, deepening financial inclusion and putting GCB at the heart of the ongoing mobile money revolution with the launch of key initiatives like the launch of G-Money; an industry first mobile money service.

He emphasised that GCB Bank would continue to position itself to attract the unbanked segment of the market and also deploy its mobile money services to help customers make the transition from the informal to the formal banking sector and provide them with innovative financial products. 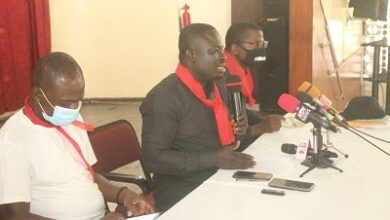