The Ghana Anti-Corruption Coalition (GACC) has reiterated the call on the citizenry to report corrupt acts they witnessed towards realising gains in the ongoing anti-corruption campaign.

It also encouraged the youth to make use of corruption reporting mechanisms since their young minds and innovative skills and knowledge will develop ‘appealing’ solutions to fight corruptions.

“We encourage the citizenry to put to practice the Right to Information (RTI) Act by demanding information to hold duty bearers accountable because the complaints are too many, it’s time to report acts of corruption to appropriate agencies for offenders to be dealt with,” the Coalition stressed.


Members of the anti-graft group made the call together with some stakeholders in the fight against corruption, after a route march with the youth through streets in Ho in the Volta Region as part of activities to mark the 2019 Anti-Corruption Day which was on the theme: ‘United against Corruption.

Addressing the gathering after the three-hour march, Beauty Narteh, the Executive Secretary of the Coalition, noted that this years’ Anti-Corruption Day Celebration focused on the youth because  as future leaders, they would require ample sensitisation, education, awareness on good ethics and encourage them to demand corruption-free society.

She requested that the government strengthens its commitment, dedication and determination to implement the National Anti-Corruption Action Plan among other conventions to strictly enforce asset declaration laws.

Eric Danso, Senior Registrar at the Volta Regional Office of the Commission on Human Rights and Administrative Justice (CHRAJ) observed that numerous effects of corruption had stifled the progress of the nation and charged the citizenry to quickly report such acts since informants would be protected and confidentiality under the Whistleblowers Act.

Patrick Asiedu, the Deputy Regional Director of the National Commission on Civic Education (NCCE), cautioned that frequency of reporting corrupt deeds remained low, and urged the citizenry not to conceal information vital to fight against the canker.

Francis Asong, the Executive Director of Voice Ghana, said the citizenry must show extra determination, dedication and commitment to national development by taking up anti-corruption campaign because the spirit of patriotism, which developed nations was gradually dying out giving way to corrupt inclinations. -myjoyonline.com 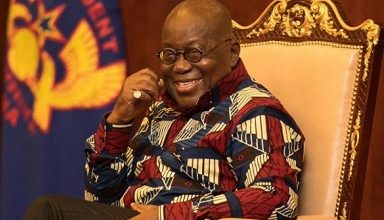